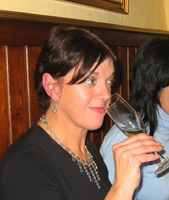 Pamela Geddes is the epitome of a ‘flying’ winemaker. Born in Scotland, she’s made wine from Chile to Australia, and is now settled (for the most part) in her spiritual home of Spain, where she’s forged her reputation developing the country’s first sparkling red, aptly named La Pamelita.

At the time I was responsible for the marketing of a large proportion of Southcorp’s sparkling wine portfolio, including the imported Riccadonna Asti, of which we were selling over 100,000 cases a year. Pamela and I decided to create a domestic, Australian Asti. While many excellent trial versions of the wine were made, sadly the product never saw the light of day, but it was the beginning of a decades-long friendship between us, and I credit her with introducing me to several of the wineries now in the Planet Wine portfolio, including her own of course.

After her Australia sojourn, she was, for a number of years, the consulting winemaker to Millaman in Chile (hence our representation of them). She also introduced me to Artiga Fustel in Spain, for whom she makes a number of different wines, and Alta Cima in Chile. 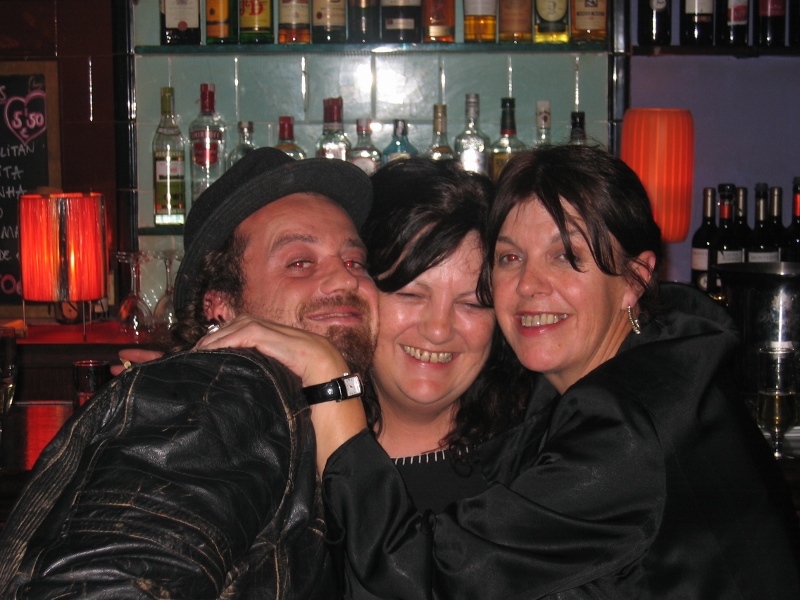 But her career began in her homeland of Scotland, where she studied microbiology before spending ten years at Pentlands Scotch Whisky’s research division in Edinburgh. Despite her considerable travels, to me Pamela is a through-and-through Scot. From her tartan wardrobe to her thick accent and her support of Glasgow Celtic, she can only be one nationality. But while she still enjoys a wee dram, especially on Robbie Burns night with her own homemade haggis, it is wine that is her passion.

Her love affair with Spain, and in particular Barcelona, began when she and friend Jan, also from the UK, travelled to the city in 1992 to enjoy the festivities surrounding the Olympics. They arranged a food cart and made some good pocket money while having a load of fun. Jump forward a number of years and Pamela and Jan, along with Jan’s partner José-Maria (all pictured above), now own and run Ginger Tapas Bar in the Gothic Quarter (they also owned, but have since sold, the small enigmatic restaurant El Salon.)

Having cut her teeth on sparkling ‘Burgundy’ in Australia, where it’s a home-grown style (and where Burgundy refers to shiraz), and being influenced by tasting many old vintages from the 30s, 40s and 50s of the various Seppelt Great Western red sparkling wines, Pamela is one of the few people to have produced sparkling red wine in both Chile and in Spain. 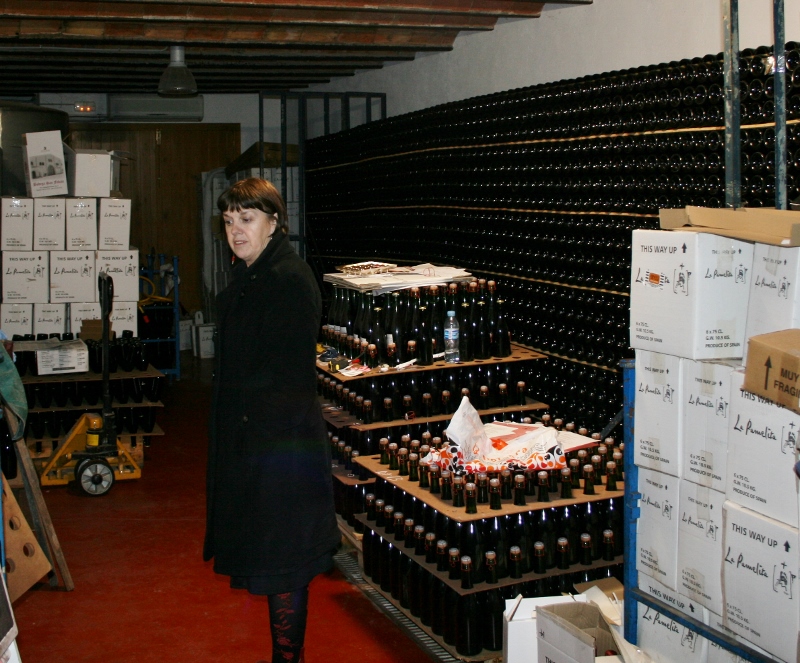 Her own La Pamelita cava, made in the champagne method from shiraz and monastrell grapes, is a complex delight. This wine, and the others in her personal portfolio, takes the term handmade to a whole new level. From bottling, riddling and disgorgement, to labelling and packing, every step of the process is completed personally by Pamela in her small winery in the Cava region of Penedes, SW of Barcelona (where she keeps an apartment just off the Ramblas.)

She also likes to keep it in the family. In addition to the cava, Pamela crafts an artisanal sparkling rosé (made mainly with garnacha and a touch of syrah) La Rosita, named after her niece Rosie. And her still red, made from hand-picked old vine garnacha and tempranillo and some machine harvested shiraz, is named El Gordito (or ‘wee Gordon’ as Pamela would say) after her brother.

In fact, come to think of it, even the tapas bar in Barcelona takes its name from a family member – Rosie’s sister Ginger.

We’ve got all of Pamela’s wines in New Zealand, under the Lobban portfolio, so check them out here: Pamela Geddes & Lobban Wines 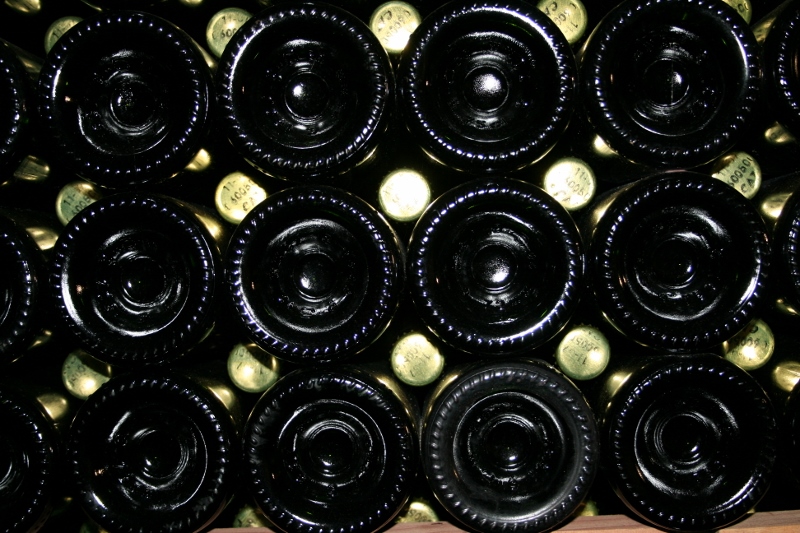