In 1991, as a relative youngster exploring the world, I arrived in Mendoza by bus with my backpacks and other paraphernalia collected during eight months exploring South America. I had already been working in the wine industry for a number of years and visited a number of wineries, including Giol, where I walked in a 1m litre concrete tank placed on metal rollers to minimise the impact of earthquakes. 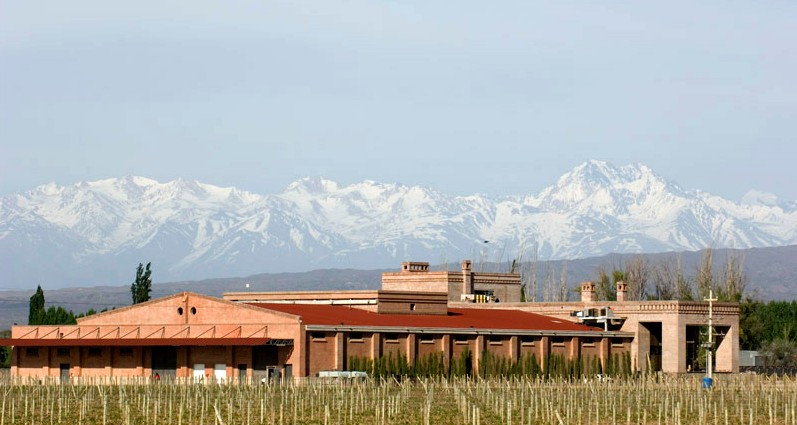 My impression of Mendoza was of a tired town, which had hosted a number of games during the 1978 Football World Cup but had seen little investment since. The memorial garden and fountain were covered in weeds and broken tiles. I skipped town fairly quickly and headed down from the Andes to Santiago in Chile.

Jump forward 19 years to the biennial Alimentaria food and wine fair in Barcelona. My trip had been partially sponsored by the Spanish trade agency, and who was I not to take advantage of that generosity? Next to Italian stands at wine fairs, Spain ranks right up there. No money was spared and I spent 3 days meandering through food and wine stalls, learning and tasting. It was strange then to find an Argentinian winery represented here. This is where my relationship with Belasco de Baquedano began.

Juan Ignacio Belasco who was born in Viana, Spain, to a family of distillers dating back to 1831. The family had carved out a niche market with Patxaran, a legendary regional sloe berry / anise liqueur. In the late 1980s, Juan Ignacio entered the wine business by purchasing vineyards and building a winery in the Navarra region of Spain. 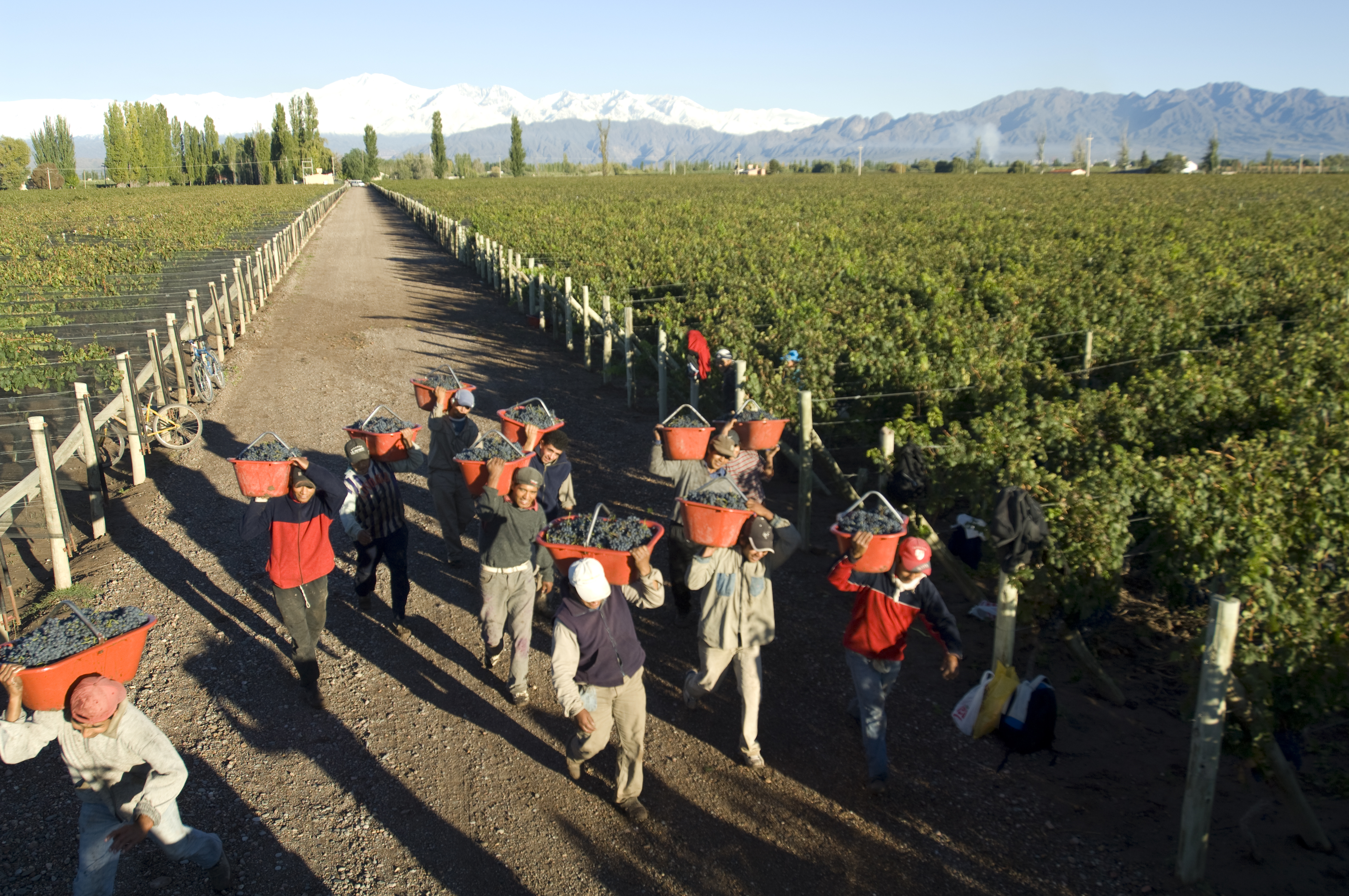 Above: harvesting malbec grapes from the 110-year-old vineyards

In 2003, with the assistance of his son Mikel, on a property adjacent to the 100-year-old vineyards, Juan Ignacio began the construction of the Belasco de Baquedano winery, and produced the winery’s first vintage in 2008.

I met both Juan Ignacio and Mikel at Alimentaria. Mikel’s English is impeccable and we discussed their family’s various projects, many of them focused on spirits and liqueurs. I was impressed by the winery’s Mayan-style architecture, the age of the vineyard and the wines I tasted. A few years later, in 2013, I placed my first order.

I have since toured the vineyard and enjoyed lunch at the winery restaurant, Navarra, while tasting the range. This winery is one of the few in the world that boasts an aroma room – a hall that allows the visitor to smell and read about 46 different fragrances that can be smelled in a wine – a truly memorable experience 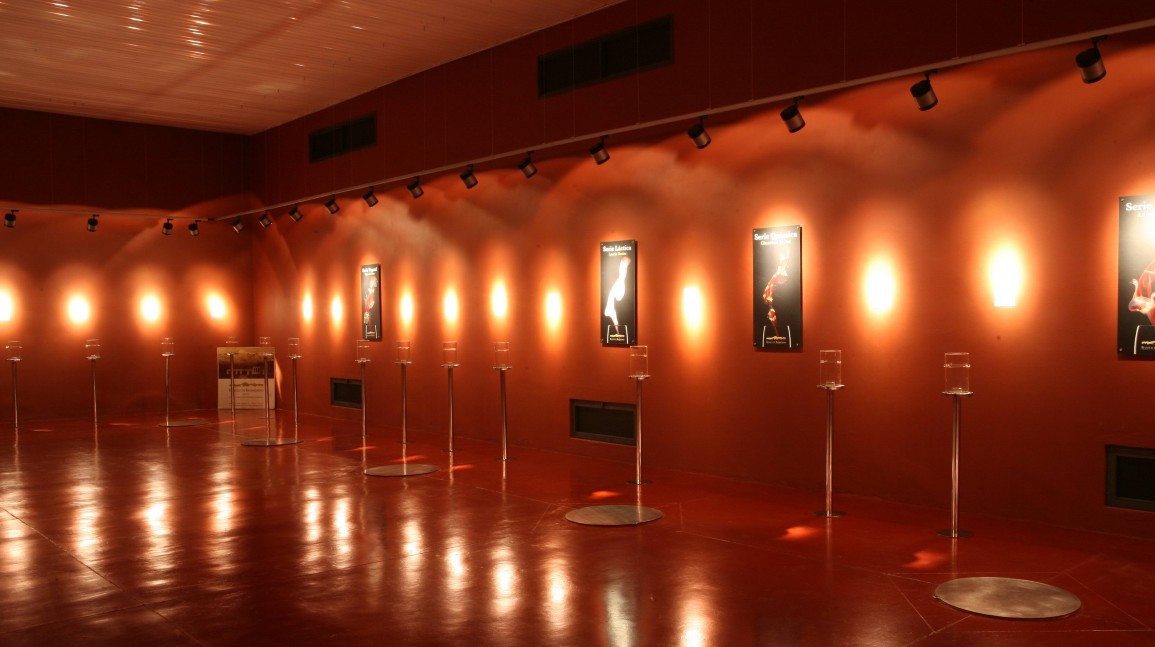 Above: the aroma room at Belasco de Baquedano.

Sadly, Juan Ignacio passed away in 2017, but Mikel continues his father’s passion to create some of the finest malbec wines in the world. We have recently expanded our range of wines from Belasco from four malbecs (Moncagua, Llama, AR Guentota and Swinto) to also include a cabernet franc and a bonarda-malbec blend. Possibly the most interesting wine is the Antracita Malbec, an ice wine that is produced only in years when the grapes actually freeze on the vines. It’s deliciously thick and sweet and complex.

By all accounts, the Belasco family is a welcome Spanish foray into the highlands of Argentina. Why not take your tastebuds on a trip to Mendoza with us?

When Australian winemaker Charlie Melton purchased his Barossa Valley vineyard in the mid 80’s, it came with a neglected block of old bush grenache vines. Like shiraz, grenache was unfashionable at the time, and the South Australian Government — concerned about overproduction of red wine — was offering incentives to grape growers to pull these vines [...]

I was pointed in the direction of Adi Badenhorst by Melissa Morrow of Ponsonby Road Bistro fame. Adi’s mother is like her second mother, and she demanded that I import his wines! I have dutifully been doing this since 2010. Adi is a scoundrel, one to be loved. Always with a joke [...]

I had been importing wine from South Africa since 2003 and, through annual visits to the Cape Winelands and the great interweb, had become aware of Eben Sadie and his wines. I went so far as to visit the winery in Priorat in Spain which he had started and then handed over to his [...]

Let your tastebuds do the travelling

I really do not have a choice. With travel restricted for at least another year, my trusty Mac and the internet allow me to replace my usual 3-4 months per year of international travel with images and tempting wine information from websites around the world.When I was still free to roam, it was the internet [...]

In 2018, Kanonkop’s Paul Sauer 2015 became the first South African wine to receive a perfect 100-point score from Master of Wine Tim Atkin.The top UK wine critic described the Bordeaux-style blend as “one of the greatest young wines I have ever tasted,” naming it overall red wine of the year in his seventh annual [...]

This is why I am in the wine game: the opportunity to mix business and pleasure and to develop great friendships. When I visit Tenuta Di Riseccoli, in the heart of Chianti Classico territory just 45 minutes south of Florence, I feel like I am combining all three.  The Romanelli family, who’ve owned the property since [...]

To the Ends of the Earth

I have been working in the wine industry for over 30 years, and have been somewhat cynical about natural wines, the many still-fermenting ‘Pet-Nats’ with their fancy labels, high prices and, at times, unimpressive liquids concocted by bearded hipsters.Now let me step back 8000 years: this is when Georgia (Eastern Europe, not US Coca-Cola country) started producing wine [...]

Back to nature with the Bandits at Testalonga

Natural wine? In 2016, I was reading more and more about this emerging trend in international media and felt a need to find out more.But first, it's necessary to explain what natural wine is.The basics are that the grapes need to be sourced from organically-managed vineyards, hand-picked, and fermented using the grapes’ own naturally-occurring yeasts. There’s no fining [...]