One of Rioja’s oldest bodegas – R López de Heredia – is the unofficial custodian of aged wines in Spain. Its legendary Viña Tondonia wines are revered around the word, and now they are available in New Zealand!

The company is one of the most traditional in Spain, certainly in Rioja, and they still adhere to methods introduced by their founder Don Rafael in the late 19th century. But convention doesn’t indicate resistance to change, his descendants are quick to point out: “Our winemaking process has been passed on from generation to generation, and our daily tasks are rooted in tradition, yet at the same time based in our deep belief in the validity and modern relevance of our methods.”

Those methods include hand-harvesting all grapes into poplar, cone-shaped ‘comportars’, and using old oak 14-20kl vats and only wild yeasts for fermentation – yeasts that have been living in the winery for hundreds of years. Their wines, both red and white, spend many years ageing in ‘barricas’ (handmade by their own coopers with oak purchased at source in the Appalachian mountains of the US) – six years for the Reserva range and four years for the Crianza. 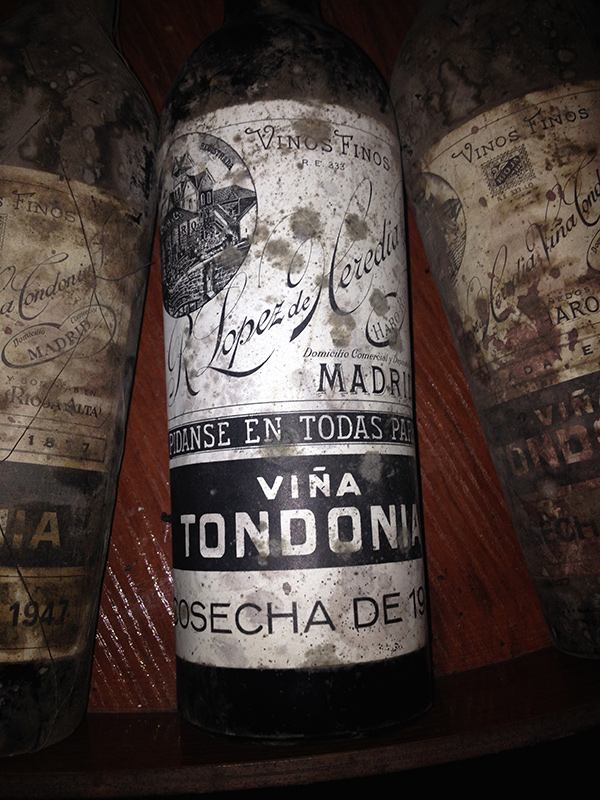 Bottle aging is another tradition passed down through the generations, one that has produced some trademark Viña Tondonia traits. Not averse to ageing white wines in oak for as long as they do their reds, this softens and polishes the rougher edges of oak, to produce a balanced and seductive bouquet of spice, bitter almonds, vanilla and walnut.

As part of my never-ending research, I had read about the Viña Tondonia Reserva Blanco on Jancis Robinson’s website. The winery’s process of oxidative handling and their controlled release of older vintages piqued my interest. Shortly afterwards, Miguel Frascione from Accent on Wine in Parnell advised that if there were only one winery to represent from Rioja, it would have to be Viña Tondonia. So I set about making contact and while communications were positive, the export team asked that I visit the winery before any agreement could be confirmed. Just another example of good, age-old business traditions at work.

I finally managed to visit the charming bodega this year – one of the first three in the Rioja region and the oldest in Haro, situated alongside the train station – and was led through the kilometres of winery drives and chambers and given a thorough introduction to the personality and principles of the winery by export manager Maria Vicente. The private tasting of the wines with traditional bites of jamon and olives had me convinced.

Rafael Heredia built the winery in 1877 after spending some time in Chile, and then in exile in France, before ending up as a merchant in Haro, where his three great grandchildren now run the business. Don Rafael had fallen in love with the district and especially the area around Haro, the mythical capital of the Rioja Alta region. He’d astutely observed that there was an almost magical combination of soil and climate there that would offer the perfect environment for producing wines – wines that would go on to become world famous.

He hired 50 stonemasons to dig the cellar still being used today, and the rocks they unearthed were used to build the winery. After so many years, the winery floors have their own balanced ecosystem which, in some places, looks like the set from a horror movie – dangling cobwebs, mouldy walls and an eerie silence. The thick walls, the various levels and the ability to open doors to create air flow, results in natural temperature control. 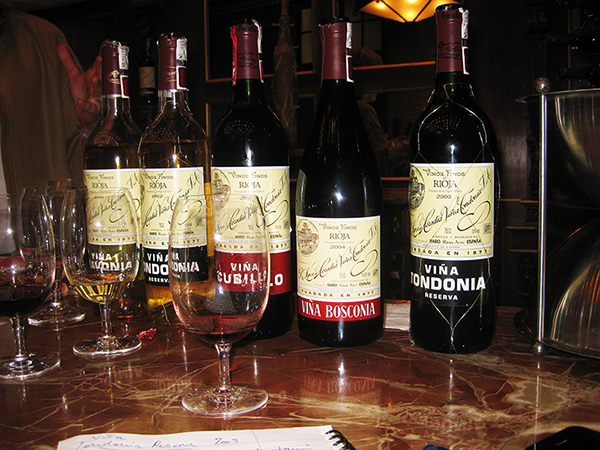 The company’s main 100ha vineyard, Tondonia, is situated 480m above sea level in a bend of the Ebro River, and they own a further 70ha across the district. All the vines had to be replanted in the 1930-40s after phylloxera swept through Rioja in the early 1900s. And every last grape used in Viña Tondonia wines is from the region – surprisingly rare these days and a determination that has led to López de Heredia being the sole recipient of a ‘Diploma de Garantía’ (Diploma of Guarantee) by the regulatory body, Consejo Regulador, of the DOC Rioja.

They use typical Rioja varietals to produce the best wines: tempranillo (constituting 70-80 percent of the volume), garnacha, graciano and mazuelo for the red wines and viura and malvasía for the whites.

The concept of the Gran Reserva wines was something that really appealed to me. Produced only in exceptional vintages, they spend 8-10 years in cask and then 8-10 years in bottle. The most recent Gran Reserva vintage to be released was 1994 and the next will be the 1995. But the winery has a library of very old wines that go back far further than that and in fact, the family’s wine museum displays a few bottles of the very first Reserva botted by Don Rafael in 1890.

The marriage of tradition and innovation is also evident at the winery in Haro, where the tasting room, designed in the shape of a decanter by Iraqi-British architect Zaha Hadid, houses a beautifully-carved wooden ‘storefront’, crafted for the 1910 Brussels World’s Fair. This had not been re-assembled since then but is now used as the counter and shelving for the current wine pavilion.

The time-honoured methods at and of Rafael Lopez de Heredia are impressive. It is as if, from the ship captain’s deck, Don Rafael is still overseeing this impressive and elegant ocean liner. That’s tradition.