The Constantia Estate which won over Napoleon, Nelson and European high society 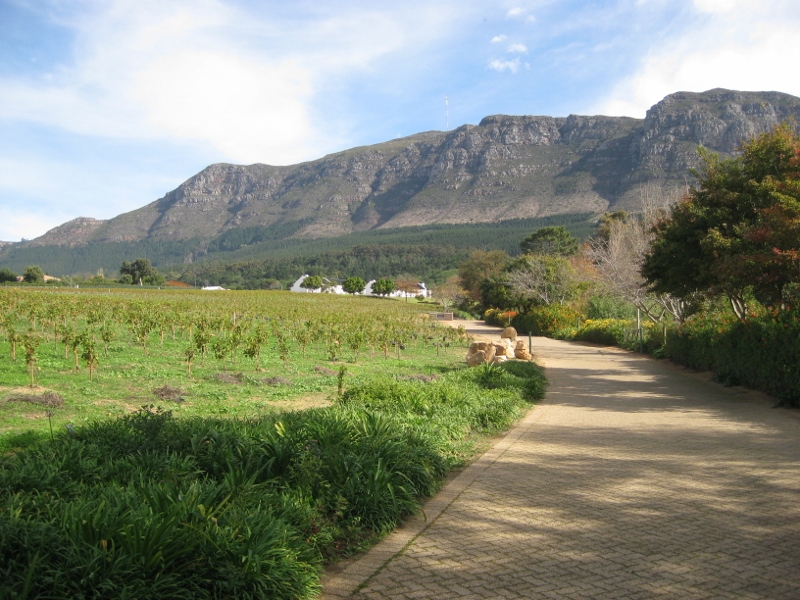 For present-day visitors to Constantia, on the slopes of Table Mountain in South Africa, Klein Constantia Estate is renowned for the unparalleled beauty of its vineyards and its Cape Dutch-style manor house, set on a hillside amongst ancient trees with breath-taking views over False Bay. But in the late 18th and through the 19th century it was the natural sweet wine, 'Constantia Wine', from this property that brought it fame across the world.

From Frederick the Great of Prussia to Russian czars, British monarchs and French poet Baudelaire, they all wanted their fill of Constantia wine. But none more so, apparently, than Napoleon himself, who had 30 bottles a month shipped in for his personal consumption while he was exiled on St Helena island 2,000km off the west coast of Southern Africa. He reportedly requested a glass on his deathbed, refusing all other food and drink offered to him.

The wine’s fame even spread into the annals of literature. Jane Austen’s Mrs Jennings in Sense and Sensibility recommends a little Constantia “for its healing powers on a disappointed heart”. And Charles Dickens’ unfinished novel The Mystery of Edwin Drood had Reverend Septimus’ good mother hastening to produce for him a glass of Constantia and a home-made biscuit whenever she sensed he “wanted support”.

Klein Constantia is inextricably a part of deep Cape history. The current 146 hectare estate originally formed part of a vast property established in 1685 by Simon van der Stel, the first governor of the Cape. The valley was chosen not only for its beauty, but also for the decomposed granite soils on its slopes, gently cooled by ocean breezes, ideal conditions for winemaking. 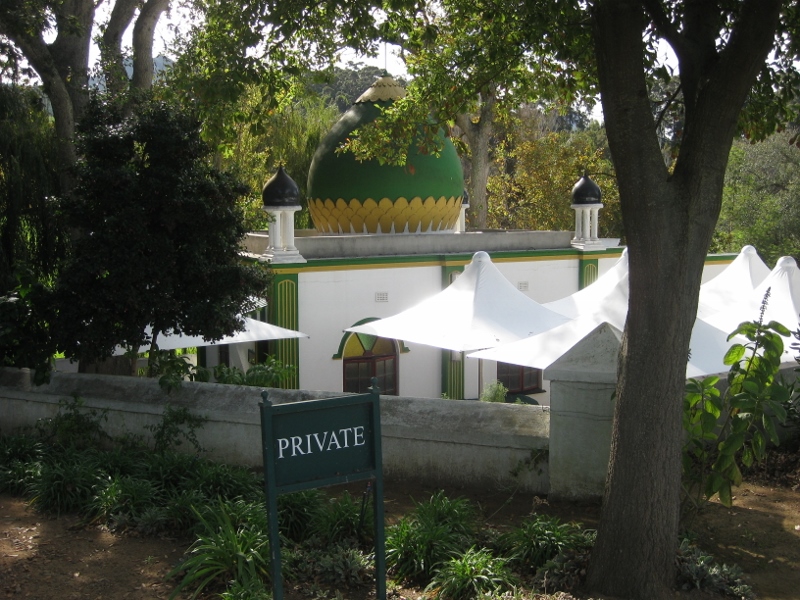 Another link with history still stands at the gates of the estate: A shrine and the kramat, or grave, of Sheikh Abdurahman Matebe Shah, said to have been the last Sultanate of Malacca, who died there in 1681 or 1682. He was banished to the Constantia forests as a common worker, after his capture by the Dutch in Sumatra in 1661. Through his presence and humanity, he became revered as a leader on the property, and is understood to be one of three teachers who brought Islam to southern Africa.

While Van der Stel founded the estate, it was Hendrik Cloete, reportedly a dynamic man with an intense love of the soil and a determination to make the best wine in the country, who in the late 1700s planted the red and white muskadel, pontac, frontignac and steen (chenin blanc) varieties that would produce the wine that would surpass his dreams, and become the most sought after, not just in South Africa, but across the globe.

The legend of Constantia wine continued for almost a hundred years until, in the mid-1880s, the fungal disease oidium was discovered in vines throughout the Contantia valley, followed by the arrival of the devastating phylloxera disease. The golden age of Constantia came to an end, its reputation only surviving in prose and the cellars of Europe’s great wine collectors. 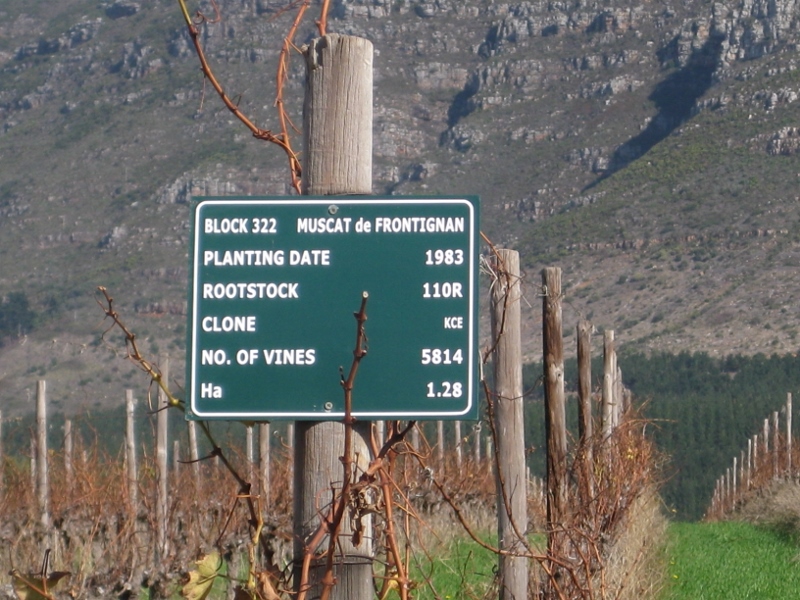 After more than a century of great thirst, it was Duggie Jooste, the new owner of Klein Constantia (the ‘little’ estate that had been divided off from the upper portion of the original land in 1817), who revived the farm to its former winemaking glory with the help of Professor Chris Orferr, a world-renowned authority on wine varieties, and winemaker Ross Gower (who had a stint at Corbans in New Zealand in 1980). Their maiden vintage in 1986 included Vin de Constance, an accurate recreation of that original mythical natural sweet wine so beloved in the 18th and 19th centuries, using a clone of Muscat de Frontignan that almost certainly came from the original Constantia vineyard.

To achieve this, the team studied old wine books, read accounts of early visitors to the Cape who had tasted the famous wine, and looked into modern research. And they had the help of Ernst le Roux, one of the country's pre-eminent viticulturists, who had propagated a special clone of the grape.

Duggie’s son Lowell (whom I studied with at the University of Cape Town) took over the reigns from his father, and successfully steered Klein Constantia through two decades of awards and accolades before the family sold the farm to the current owners, businessmen Zdenek Bakala and Charles Harman who, in merging the estate with the Stellenbosch-based Anwilka in 2012, brought celebrated Bordeaux wine personalities, Bruno Prats and Hubert de Boüard into the fold. One of South Africa’s boldest vineyard and facility refurbishment projects has been underway since at both properties. 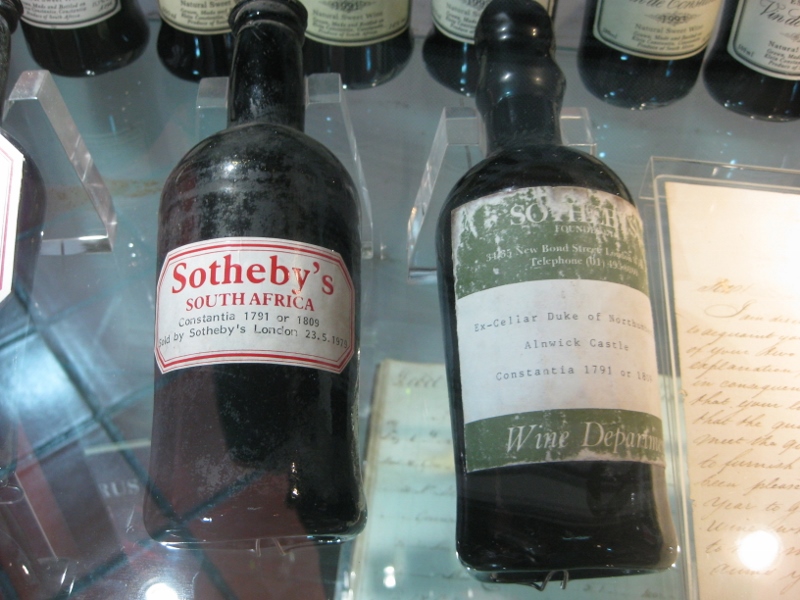 GM Hans Alstrom and winemaker Matt Day lead a passionate team at Klein Constantia, where quality is the number one focus. The Manor House has been totally refurbished and now offers the visitor a venue to enjoy delicious Cape fare after inspecting the cellar door and the impressive cellars of old wines and displays of bottles of Vin de Constance from the 1700s, re-purchased from Christies and Sotheby’s.

Vineyards are continually being replanted and better-suited clones are being sourced. Klein Constantia’s mostly south-facing slopes are focused on white varieties, with sauvignon blanc and riesling dominant. However red wines are also produced (generally cabernet-based) and the merger with Anwilka has added several more award-winning reds to the portfolio.

Although Vin de Constance is presently still 100 percent Muscat de Frontignan, the viticultural team are exploring other varieties that may have enriched the original, in an effort to keep this legendary centuries-old wine at the forefront of its field. An attitude that has paid off again just recently, with Vin de Constance 2009 the only South African wine to secure a coveted position on Wine Spectator’s Top 100 list (2015).

It’s modern day ‘fans’ included Nelson Mandela, who is said to have raised a glass in celebration after his release from prison in 1990 and Queen Elizabeth II, whose Buckingham Palace staff selected the 2008 vintage as one of just five wines served at a state banquet in honour of President Xi Jinxing of China last year.

We offer a wide range of Klein Constantia wines – sauvignon blanc, Estate Red, KC red blend, as well as both the 2008 and 2009 Vin de Constance, and a revelation – Petit Frère syrah cabernet from Anwilka. You'll find them here: Klein Constantia 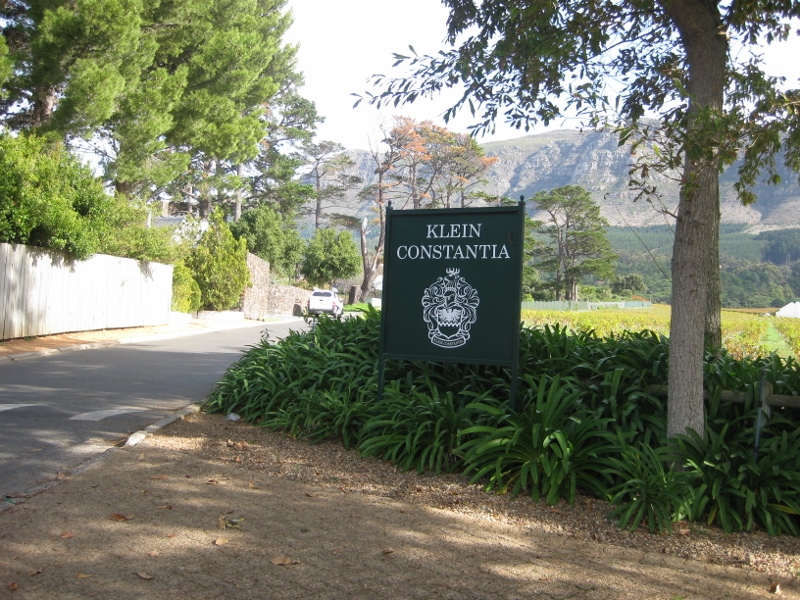