Teusner Wines – The new face of the Barossa 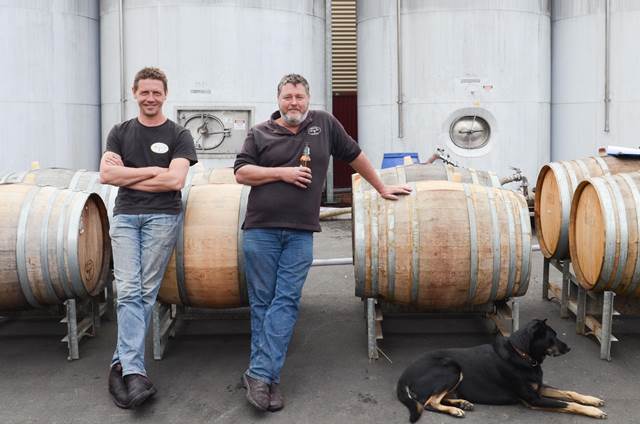 Beer plays a big role in Kym Teusner and Mick Page’s lives. They hatched the plan that saw the birth of Teusner Wines over a few ‘coldies’ and you’ll see your fair share of freshly emptied bottles if you visit the estate. But when it comes down to business, it’s dinkum good wine the Barossa duo are passionate about making.

The story of how the pair rescued a block of 85 year old grenache vines from the bulldozers after overhearing a conversation in the local pub has become legendary. And that is literally how it played out. A study trip to France and a few vintages working together in the Barossa had Kym and Mick hooked on old vine grenache, mataro (mourvedre) and shiraz, and ready to go it on their own. So when they learnt that an old vineyard was facing the chop, they scratched together the cash for a rescue plan and launched Teusner Wines in 2001. 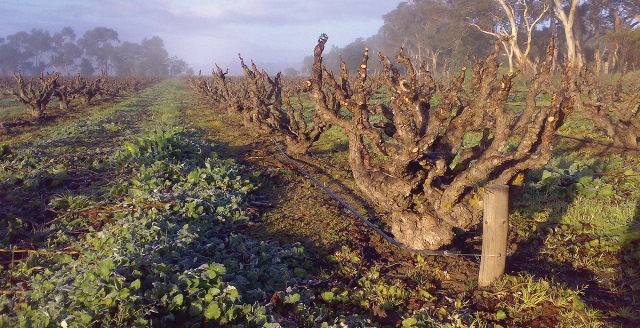 They grew up in South Australia and worked in the valley, so they know all the locals. From the start they’ve worked on developing close relationships with their growers, treating them as friends, rather than another supplier. It’s not uncommon for growers to be invited down to the winery (for a beer) and to taste the wines the Teusner team has made from the fruit their families have been tending for generations. It’s an approach that has ensured Kym and Mick have access to grapes from the very best of the old Barossa vineyards.

My first experience of Teusner’s wines was back in 2010, when I had lunch with my great friend, a Barossa local (and local legend), Lesley Ann Grimoldby, at the cellar door for several of the smaller wineries in the area. Of course we tasted wines too and I was taken by the style of the Teusner wines – Barossa for sure, ripe fruit, but with an elegance and drinkability and subtle use of oak. 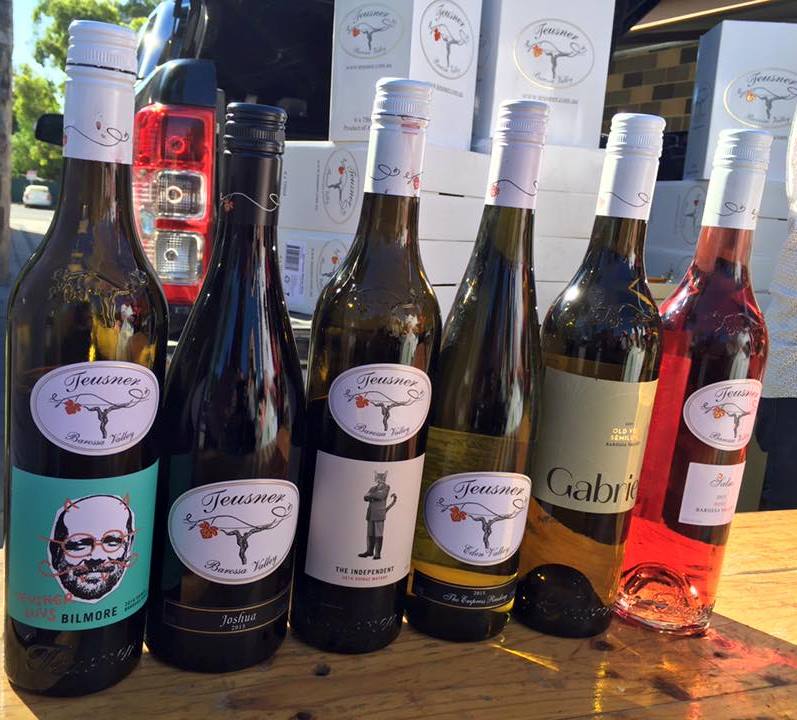 Add to that great packaging, competitive price points and personality-driven marketing and you have a winning formula. I made contact as soon as I got back to New Zealand, but their export allocation wasn’t large enough at that stage, and I had to be patient. I reached out again a couple of years ago, and then sealed the deal last year when director of sales and marketing Howard Duncan came over for a pre-Christmas visit with a case of samples.

It has quickly developed into an enjoyable business relationship – these are down to earth, like-minded people who simply want to make the kind of wines they liked to drink. And that happens to be great wine, in our view!

The debut wine in the Teusner collection came from those very first, old, vines – the 2002 Teusner Joshua, a blend of grenache, mataro and shiraz named after Mick’s son Josh, the youngest child of both families at that stage. This was fitting for a wine that is fresh, youthful and fruit-driven.

Kym maintains that while Shiraz might be the poster boy for the Barossa, blending it with grenache and mataro produces the best drinking wines from this region.

That said, he also makes outstanding single varietals and the Riebke Shiraz is a nod to the Riebke brothers, who sold the pair the grapes from that first block that got them started. They still take a lot of their fruit from the old vineyards that six generations of Riebkes have been tending in Barossa's North around Ebenezer, Kalimna and Moppa.

It’s not just family and friends that provide inspiration for the 30-strong collection of Teusner labels. Dogs can sometimes outnumber humans at the winery, so it’s with a dose of good humour that their mataro (or mourvedre, or monastrell, depending on your inclination) is given its name from one of the grape’s French synonyms, Estrangle Chien, translated in the Barossa to Dog Strangler! 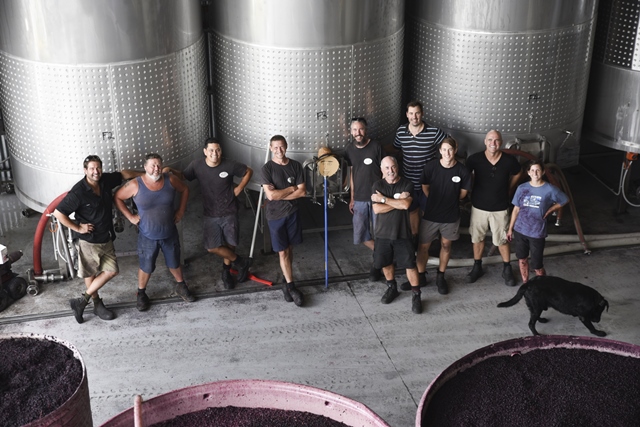 You can tell from all this that the team at Teusner take a huge amount of pleasure in what they do. So, come vintage, they all happily pitch in with production and pump-overs, breaking the routine of their usual roles, whether it’s general manager or sales and marketing. 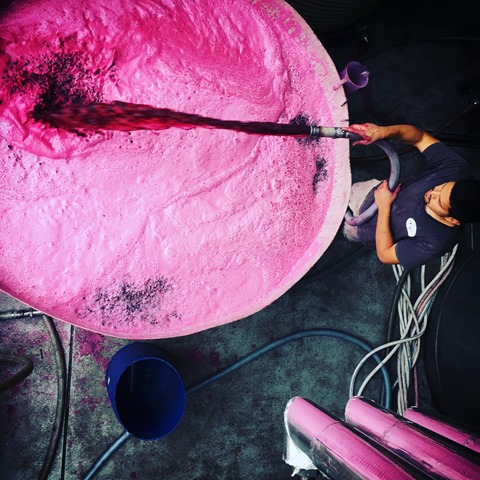 This hands-on approach is a given in the winery. Everything is crushed one picking bin at a time, which can make for long days at the peak of vintage, so the extra help is welcomed. A close watch is kept on everything – colour, flavour, aroma and structure – and there is a light hand when it comes to oak, to let the true flavours found in those old vines come through.

Which is why their philosophy comes down to two simple words: Righteous. Pleasure. Being true to the Barossa by letting the righteous flavours of its old vines take centre stage in their wines. And bringing pleasure to the growing number of fans who seek them out.

The results show in the rave reviews they attract in both the local and international wine press. And it’s part of the reason why Kym, a previous winner of the Australian Young Winemaker of the Year and rated 5 red stars by James Halliday, is considered to be the face of the new Barossa.

Oh, and remember how I mentioned upfront in this story, how much Kym and Mick enjoyed their beer? Well, word has it they’ve started a little brewery on the side. Can’t wait to taste the results.