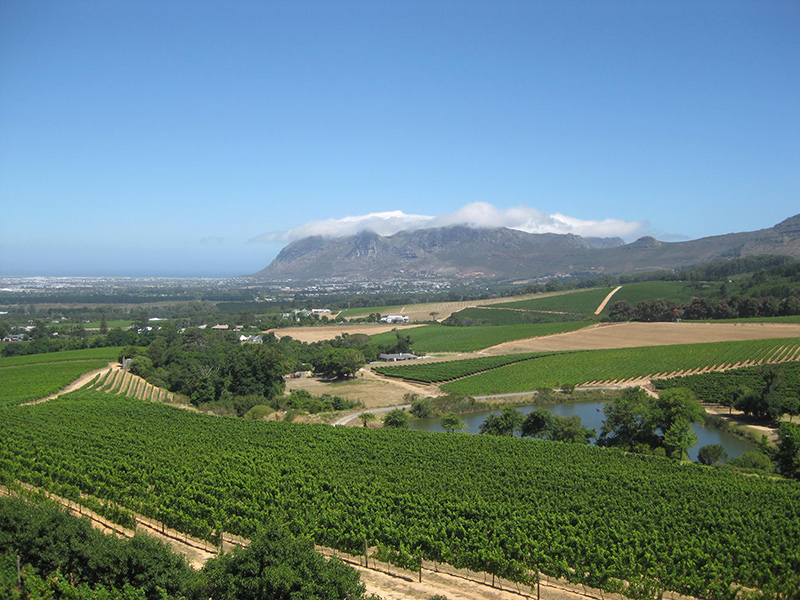 UK Master of Wine Tim Atkin’s latest South Africa Special Report and his hotly debated 2015 Cape Classification have shone the spotlight on that thriving industry yet again. It seems like our ‘jaapie’ winemaker friends can do little wrong at present.

Reading through the list of first, second, third, fourth and fifth growth producers (Atkin’s attempt to classify the Cape's 150 best producers in a system loosely based on the 1855 Bordeaux Classification) brought home to us just how many of the cream of the crop we represent in New Zealand – in AA Badenhorst, Kanonkop, Klein Constantia, Reyneke and the Sadie Family alone we have a third of Aitkin’s very top tier first growths)

In fact I don’t think it’s boastful to state that Planet Wine is the premier distributor of South African wines on this side of the world (and that’s including Australia).

It’s not just through good fortune that this has happened. I was raised in South Africa and, as a student still, started collecting South African reds from the exceptional 1978 vintage. I ‘cut my teeth’ in the industry in the legendary marketing team at Gilbey’s Distillers & Vintners. It was just meant to be.

I may have gone walkabout in the Australian wine industry for a while, but it was New Zealand that finally won me over and, from the moment I set up Planet Wine in 2003, I made it my aim to showcase the very best of South African wine.

That can’t be done only over the telephone or the net from this far away. No, I get on that plane to South Africa at least once a year. Given the much publicised beauty of the Cape vineyards and the legendary warm welcome of their winemakers, I know that may not seem like much of a hardship, but I work hard when I’m out there, I can promise you! I don’t just visit and taste with existing suppliers, but I am also constantly looking out for the new blood, those whose passion is setting new standards. There is nothing better than sitting with winemakers to get a real handle on what is happening in the Cape in terms of wine.

My research led me to Adi Badenhorst, Eben Sadie and others of the maverick group of ‘hip’ winemakers in the Swartland region about one and a half hours N of Cape Town. They’ve since become flavour of the year in the UK, with Jancis Robinson championing their cause and backing a major London tasting event in September featuring some of them (and also Stellenbosch visionary John Reyneke and Marc Kent of Boekenhoutskloof in Franschoek.) In November I’ll be heading to the Swartland Revolution, an exclusive food and wine festival in a small town in the area, Riebeck Kasteel – the 400 tickets for this year’s event sold out in just two minutes.

Recently, I’ve discovered another fascinating like-minded bunch of producers who’ve banded together to promote their handcrafted wines, aptly named The Zoo Biscuits (after one of the country’s favourite and most scrumptious vanilla biscuits with iced animal shapes). I’ve already got meetings with several of them set up for my trip in November, so look out for new names being added to our already fantastic South African list later in the year. And for now, enjoy these: http://www.planetwine.co.nz/wine/south-africa/