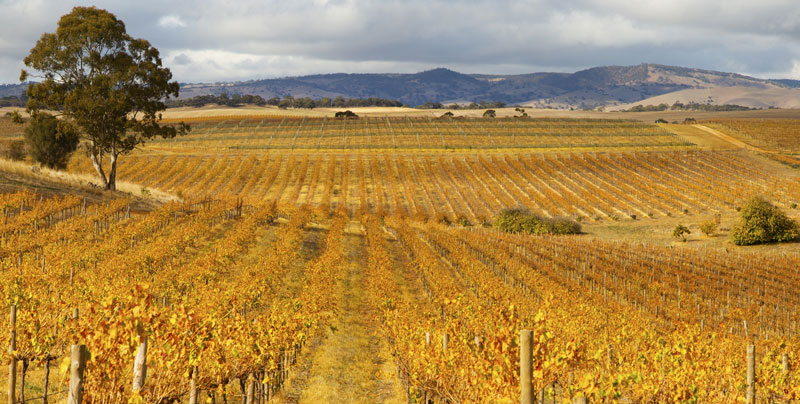 Established just 15 years ago, Murray Street Vineyards may be pretty young when it comes to wineries, but it’s wasted no time in cementing its reputation amongst the Australian trade and public. In the past two years alone, it has been selected as Barossa Valley Winery of the Year at the Melbourne International Wine Competition and voted the number one Barossa experience by Trip Advisor users. And, as if that wasn’t enough, Murray Street also boasts a coveted five star rating from Australia’s most influential wine writer, James Halliday. A ‘missing’ Barossa winery in the Planet Wine portfolio, the Halliday ratings and continual exellent reviews of the MSV wines led us to start importing a range of their wines into New Zealand in 2013.

From the outset, when founders Andrew Seppelt (a direct descendant of Barossa pioneers Benno and Sophia Seppelt) and US investment banker Bill Jahnke sealed their partnership over a glass of the region’s best shiraz in 2001, they dreamed of creating a very modern business that would honour the Barossa’s rich vinicultural tradition while raising the standards of winemaking for future generations.

Seppelt is no longer involved but Jahnke visits regularly, and the current management and winemaking teams, led respectively by Anthony Grundel and Craig Viney, still have that founding vision very much in mind.

It’s not hard to see why day trippers love the experience of visiting Murray Street Vineyards. Situated on elevated land, the property commands sprawling views over the picturesque hamlet of Greenock and the surrounding vines which far exceed the winery’s existence, planted in the 1940s. The charming bluestone buildings may only have been there since 2004, but they draw influence from early Barossa architecture. And you won’t find yourself propped up against the traditional counter for the tasting experience. Instead visitors are invited to seat themselves around tables on the veranda outside or on comfortable sofas inside, and local produce platters are on offer to perfectly match the wines.

And for those that want to get a little closer to the winemaking experience, guided ‘Tasting from the Barrel’ sessions can be booked in the cathedral-size barrel shed.

It is obvious that, to earn all those accolades, the wines themselves need to consistently live up to their reputation. And this they do in abundance. In addition to the plaudits the winery itself has attracted, their wines have won gold at the San Francisco Wine Show and the Decanter World Wine Awards, amongst others. 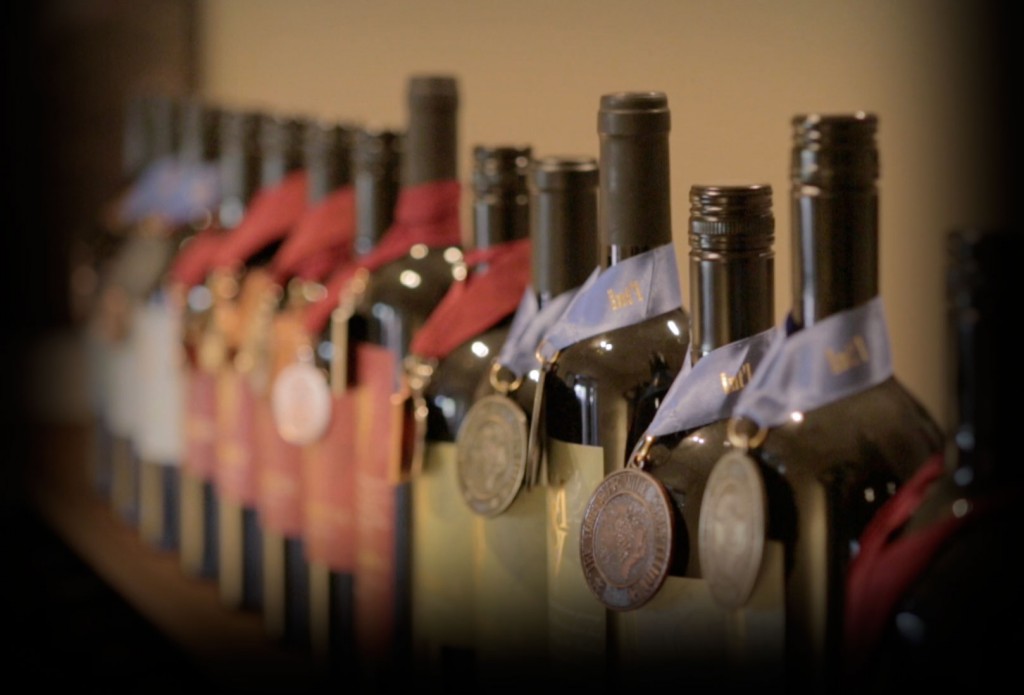 Barossa Shiraz, as well as mataro, grenache, viognier and marsanne form the foundation of the MSV range of hand-crafted flagship wines. The Black Label range is designed to highlight the unique characteristics of each of the classic Barossa varietals: shiraz, mataro, grenache (with a splash of cabernet) and a semillon.

Seppelt and Janhke initially purchased land on the Western slope of the Barossa Valley at Gomersal, just a few kilometres from where Joseph Seppelt had founded Seppeltsfield. With its rich red clay over ancient, weathered slate, the pair recognised that it was the perfect place to plant a low yielding shiraz vineyard.

The next year they added a seventy-acre property on the outskirts of Greenock, which would also become home to their winery, barrel store and tasting room.

The management of both vineyards focuses on organic farming principles and, wherever possible, grapes are dry grown, encouraging the roots of each vine to delve as deep into the bedrock as possible. The ethos at Murray Street is to let the wines express the best of those ancient Barossa soils, and the vibrancy of fruit for which the valley is world renowned.

They also aim to bridge the gap between New World and Old World practices by keeping human intervention to a minimum, and taking a more holistic approach to the wine production process from the vineyard through to the bottle. 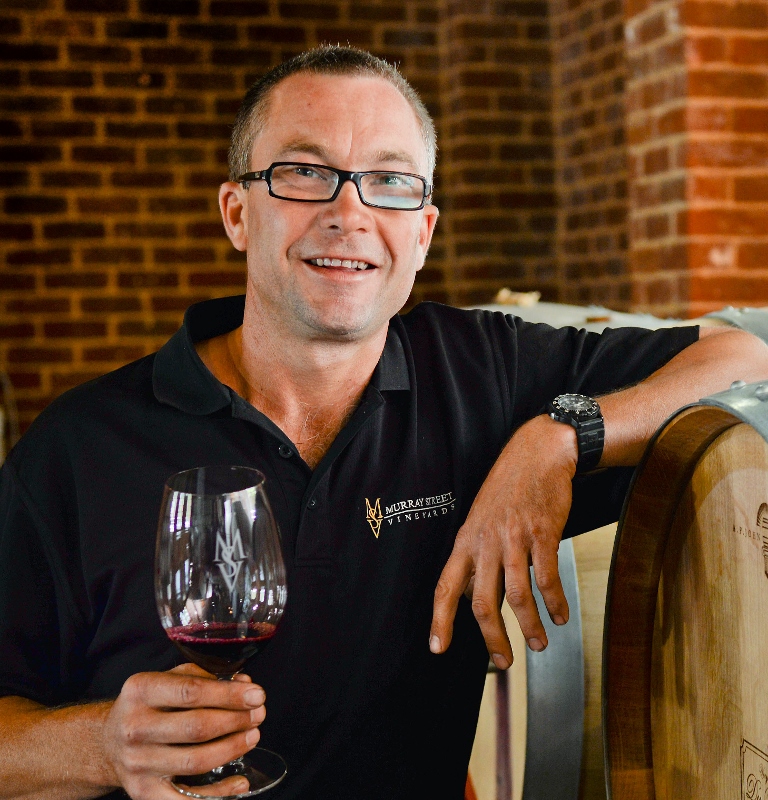 That delicate process is orchestrated by Craig Viney, who took over the reins as chief winemaker when Seppelt departed in 2014. Craig’s entire career has been spent in the Barossa, with the exception of an international winemaker swap to L’Ecole No 41 in Walla Walla Valley, Washington State in 2008. His philosophy is that, with careful nurturing in the vineyard and attention to detail in the winery, the results will show in the finished wine.

Currently, 230 tonnes are crushed each year in the Greenock winery, with Murray Street’s own vintage numbers being boosted by a range of smaller producers who also make their wines in the modern facility. Future planning includes the aim to increase the licence to 1,000 tonnes, to plant an extra vineyard on the Greenock property and upgrade the Gomersal vineyard. The winery has been designed to maximise efficiencies, so the thought of scaling up production doesn’t faze Craig and the team. New local and international markets and, no doubt, further accolades beckon.

You can check out our current MSV offering here: http://www.planetwine.co.nz/wines/australia/murray-street-vineyards/