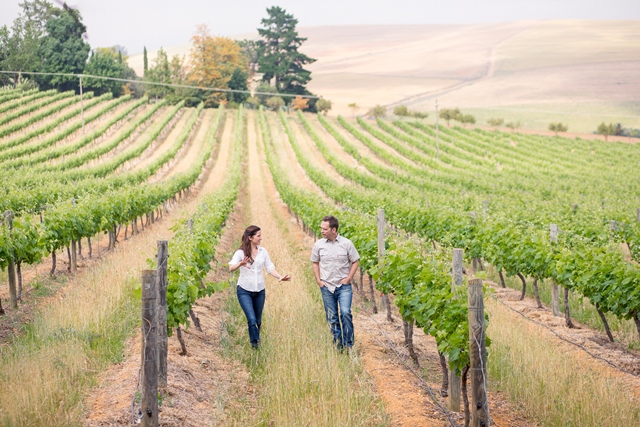 The Swartland husband and wife team of viticulturist Chris and winemaker Andrea Mullineux started their wine business less than a decade ago and yet they have already established a reputation as one of the leading producers in the competitive South African field. And Mullineux & Leeu Family Wines’ achievements have been rewarded with the industry’s ultimate accolade of Platter’s Winery of the Year in both 2014 and 2016, the first winery to scoop the award twice within just a handful of years. 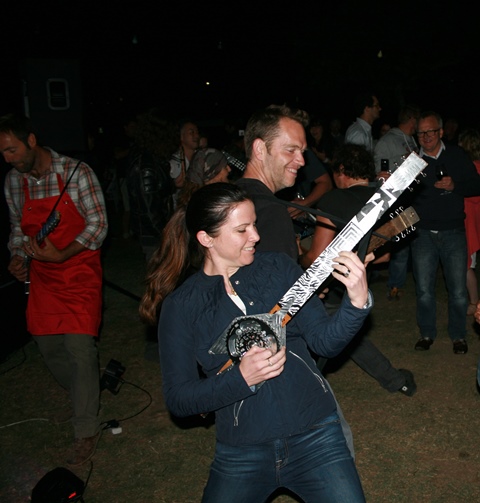 Mullineux had been on the Planet Wine ‘wish list’ for a while when I finally met the couple at what turned out to be the last of the Swartland Revolution events in November 2015. If I’d needed any further persuasion about them and their terrific wines, a presentation of their ‘Free Radical White’ during the Swartland Stories session (an opportunity for winemakers to share the secrets of some of their sideline projects) sealed the deal. The air-guitar skills they displayed at one of the social events were pretty impressive too. We met at their beautiful Riebeek Kasteel property, Roundstone, a few days later and began the discussions that have resulted in the first Mullineux shipment hitting our shores this month.

Chris and American-born Andrea have, between them, worked vintages in California, Stellenbosch, Tulbagh and France (they met at a wine festival in Champagne) but when it came to starting their own venture, they had no doubts about it being in the Swartland.

So, what was it about this rugged landscape one and a half hours north of Cape Town, where dry rolling hills are punctuated by the rocky outcrops of the Paardeberg, Kasteelberg and Piketberg (berg = mountain), that held such appeal? And, in particular, why the shale and schist soils surrounding the peaceful town of the Riebeek Kasteel?

“It is not an easy place to establish vines, and it is a region that has as much of an influence on the vineyards and people who farm there as the people have on the land itself” they say. “But we feel the Swartland landscape bares the souls of grape vines, and in those varieties that can take the ruggedness, true personality of site is revealed.” 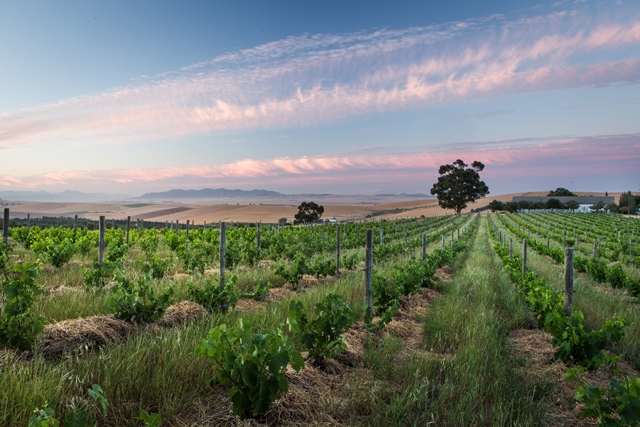 This is a couple who takes the business of winemaking very seriously, and terroir is what they strive to highlight in their top range of award-winning wines, keeping processes in the vineyard and the winery as natural as possible. They have also planted varieties that best offer a true expression of the soils and conditions of the area.

For them this means the primarily Mediterranean in origin syrah (the main focus), grenache blanc, clairette and viognier and also chenin blanc. All varieties that cope well with the low summer rainfall of the Swartland. And the region’s heavy rocky soils help to produce deeply structured red and white wines with exquisite texture. 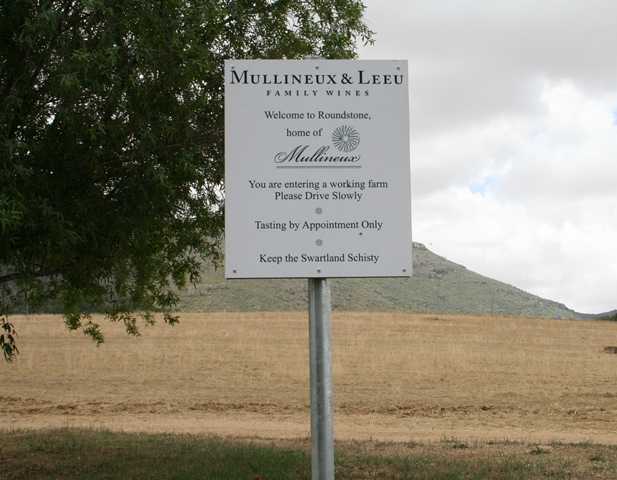 Chris and Andrea had been leasing land and buying grapes from the best parts of the region for their wines since 2007, but their partnership with Indian entrepreneur Analjit Singh and his Franschoek-based Leeu Collection in 2013, made possible the purchase of the 110-hectare Roundstone farm.

Together with consultant viticulturist and respected heritage-vine specialist Rosa Kruger (who introduced the pair to Singh) and farm manager Jeandre Schreuder, they’ve since implemented an exciting planting programme there that, by 2018, will include cinsault, carignan, semillon gris, roussanne, maccabeu and some more esoteric varieties.

Most of these can be found on the recommended list of the Swartland Independent Producers (SIP) certification programme, to which Mullineux & Leeu Family Wines belongs. It’s a select group of presently around 25 like-minded growers that collectively produce guidelines for vineyard and cellar practices that will enhance the expression of ‘Swartlandness’, as they call it. They provide a list of varieties from which a minimum of 90% of a wine must consist before it can bear the SIP logo.

“In the quest for rationality, we feel that certain varieties have adapted to and express the Swartland conditions best. Although one could make an okay sauvignon in here, it is just too warm/dry to make a great one,” says Andrea in defence of the somewhat controversial list, that excludes the heavily planted cabernet sauvignon, merlot, chardonnay and sauvignon blanc.

To qualify, the wines also have to be ‘naturally produced’ (without added yeast, acidity, tannin or reverse osmosis) and must be aged in no more than 25% new oak of European origin. Requirements with which purists Chris and Andrea have no problem complying.

The flagship Millineux range consists of a chenin blend and a syrah (both of which we have in our first consignment) and the celebrated solera-matured Olerasay Straw Wine, which took out Dessert Wine of the Year at the latest Platter’s by Diners Club South African Wine Guide awards.

Andrea describes the Olesrasay as a ‘labour of love’, having taken 20% of her life to create. 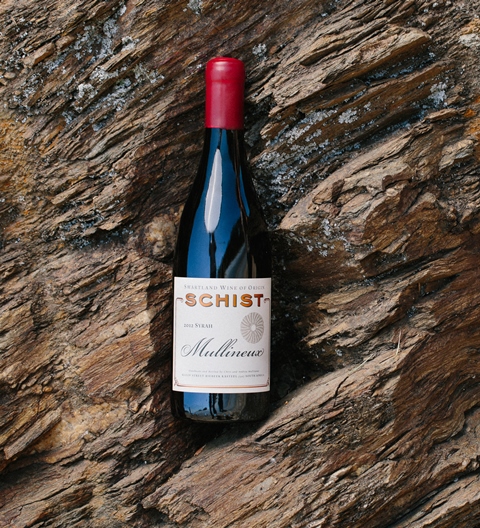 The Kloof Street range, of which we have both the Chenin Blanc and Rouge available, is made with the same attention to detail as Mullineux, but in a more accessible style.

We’ve also been lucky enough to get our hands on a tight allocation from Mullineux’s ultra-premium range of terroir-specific wines based on chenin and syrah. These are only produced in exceptional vintages and in minute quantities from parcels of vines that give the best expression of the local terroir.

That includes the Iron Syrah 2013, which won Platter’s Red Wine of the Year, and the Granite Chenin Blanc 2014, which was also awarded a prestigious five star Platter’s rating, reserved for wines that are ‘South African classics’.

And it’s not only the South African critics heaping praise on Mullineux . Three of their wines make the top 10 in James Molesworth’s recent ‘2016 Recommended Wines from South Africa’ report for Wine Spectator. And they were included in the hallowed South African First Growth ‘club’ in Tim Atkins’ 2015 South African Report, having received scores of between 92 and 96 for all the Mullineux-branded wines.

We’re proud to have secured these South African classics for our New Zealand connoisseurs. You can find them all here: http://www.planetwine.co.nz/wines/south-africa/mullineux-en-leeu-family-wines/