Verdejo reigns on the high plains of Spain 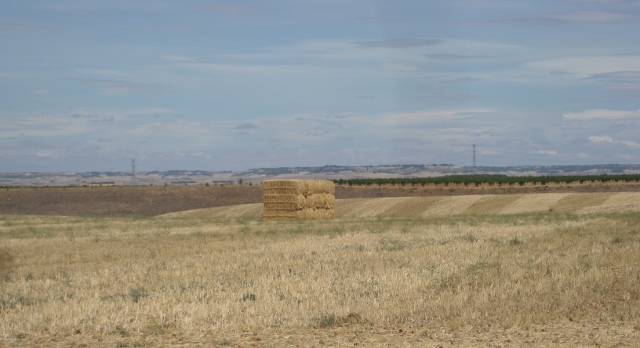 Verdejo vines may have been flourishing on the sweeping plateau of Rueda – a relatively short drive north west of Madrid – since the Middle Ages, but just in the past few decades a wave of new blood has injected renewed enthusiasm into the wine industry there. And the innovative approach to viticulture and winemaking that has come with it at bodegas like José Pariente in La Seca, has given the region’s most prolific grape a strong claim as Spain’s top white variety.

Locals will tell you that a lot of the new influence in Rueda has come from outside of the wine industry and outside of the country, but in the case of José Pariente, it’s simply a change of the guard, because as Victoria Pariente, daughter of the founder after whom the winery is named, says “I’m a Rueda native, born here just like the grape variety.” 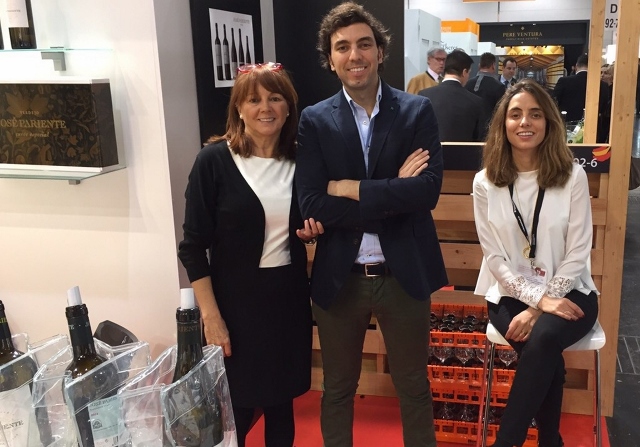 She learnt her trade at the side of her father José, who began meticulously producing artisanal white wines outside the charming town of La Seca in the 1960s. And now she’s in turn largely handed over the reins to daughter Martina (the technical winemaker) and Ignacio (who takes care of exports and business operations).

The sister and brother duo have embraced their status as the new blood in a centuries-old region and are enthusiastically building on the innovative methods that Victoria, as one of the country’s leading winemakers, had already introduced in the striking post-modern winery built in 2008. The business might be chiefly based around just two varietals (they also grow and make sauvignon blanc) and at present, six wines, but their experimentation within these parameters has attracted local and global attention, and José Pariente was named Spain’s best winery in 2011. But to the family, one of highest compliments paid to them remains receiving a letter personally written by the former Spanish King Juan Carlos, who had ordered wines from them.

I first encountered the José Pariente wines when I attended the large wine and food fair Alimentaria in Barcelona in 2010. It took me five years after that to finally visit, and my first impressions were confirmed. A dry, inhospitable-looking region which produces fine, textural wines that go well with food. 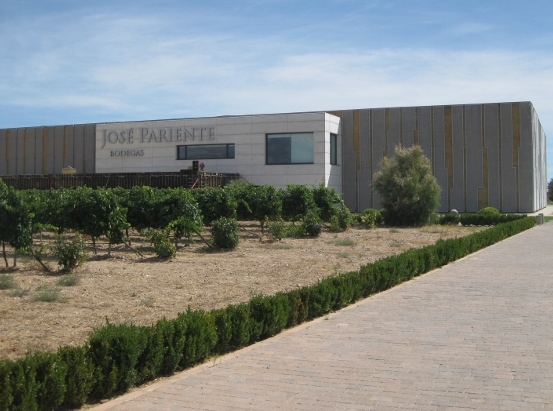 The José Pariente vineyards are scattered across several estates in the Rueda appellation, to take advantage of a wider variety of soils and encourage greater complexity in the wines. The best of these are on land poor in organic matter, with gravelly soil (sometimes simply a layer of pebbles) which force the roots deeper into the soil, and a clay and limestone subsoil.

The verdejo grape’s thick golden skin and its small clusters are a natural response to the harsh climate it grows in, but are also key to unlocking its balance of fruity and herbaceous tones. The fact that it is generally picked during the cool September nights helps to preserve its aromatic intensity. At José Pariente the fruit of the head-pruned oldest vines is still hand-picked for a first selection of the grapes in the vineyard, and laid in 20kg boxes to prevent bruising 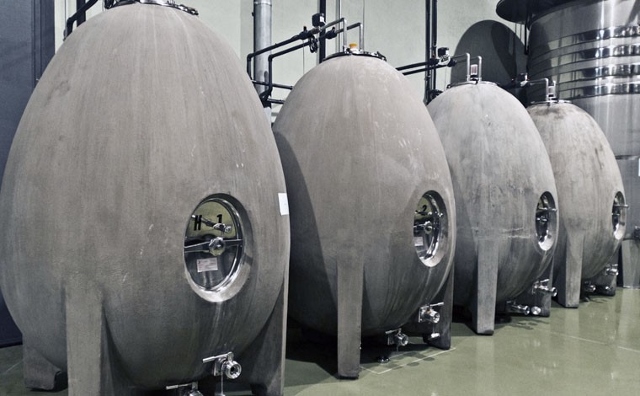 One innovation the new generation of Parientes are particularly proud of is the winery’s concrete fermentation ‘eggs’ or vats. “We were looking to make an elegant aged white wine without the touch of the wood,” says Martina. “We heard about them, we did some research and finally decided to start making wine with them as an experiment. The result was excellent and it took us two years experimenting until we found the wine that we wanted. In 2010 we used the two oldest vineyards (around 90 years old) and made the first José Pariente Cuvée Especial.”

The result is a very modern interpretation of verdejo. Equally innovative, and curious, is their sweet sauvignon blanc, Apasionado de José Pariente. Completing the current José Pariente white line-up are an unoaked and a barrel-fermented verdejo, and a delicious sauvignon blanc.

This dynamic young duo, with the continuing influence and inspiration of their mother, has also recently launched a red wine under the banner Prieto Pariente. For this wine, Martina and Ignacio spent many hours traveling around the region speaking to older people, asking them about old vineyards. They eventually found a few old-vine tempranillo vineyards to lease. The fruit from these has been crafted into their own red Prieto Pariente 2013 which is made from a blend of 55% tempranillo and 45% garnacha, produced from a meticulous selection of extremely low-yielding vines located in Castilla y León.

We look forward to further innovations from this passionate pair, but in the meantime, you can discover Planet Wine's current offering of their wines here: Bodegas José Pariente