South Africa has regained its rightful place in the world of wine in the past 10 years. Much of the recent excitement has been driven by the winemakers in a small region only an hour north of Cape Town – Swartland. And one of the ways they have grabbed global attention is with their annual Swartland Revolution. I travelled to the sleepy town of Riebeek Kasteel at the start of November to find out first-hand what made this event so special.

Little did I know as I was doing so, that it would be the very last Revolution. But let’s not start at the end. To understand where Swartland and the Revolution evolved from, we need to step back more than a decade, to the seminal year of 1995. It was then that Charles Back, already well established in the wine South African industry with brands like Backsberg and Goats do Roam, tasted a sauvignon blanc from Swartland. The quality of this wine, from a hot region, amazed him. By the end of the day he had purchased the farm it was from, and three years later a young winemaker called Eben Sadie produced the first wines for Charles under the Spice Route label.

At that time co-operatives dominated the region, producing commercial-quality red, dry white and sweet white wines, without a particular focus on quality or marketing. 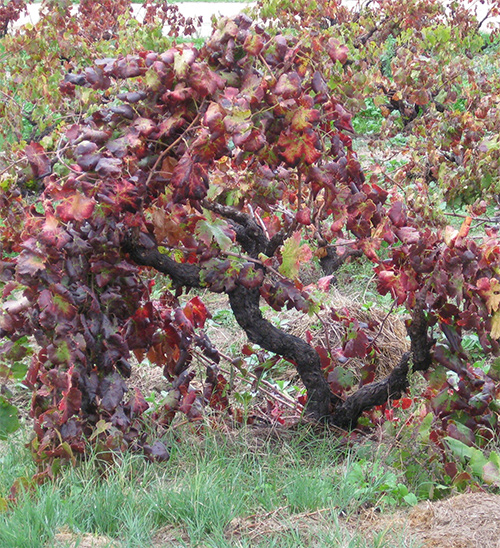 It didn’t take long for Eben to cause a stir in the domestic and international wine markets with his 2000 Columella red blend from Swartland old vines. Since then his star has kept rising, and the cheap (then) land, the wealth of old vines, wide array of grape varietals as well as many different soil types have attracted a swag of other young and passionate winemakers to the region – names like Callie Louw, Marc Kent, Adi Badenhorst, Andrea and Chris Mullineux, Andrew Blake, David Sadie and many more.

(To find out more about the history of the region, go to: www.spiceroutewines.co.za/the-swartland-revolution/ or www.theswartlandrevolution.com) 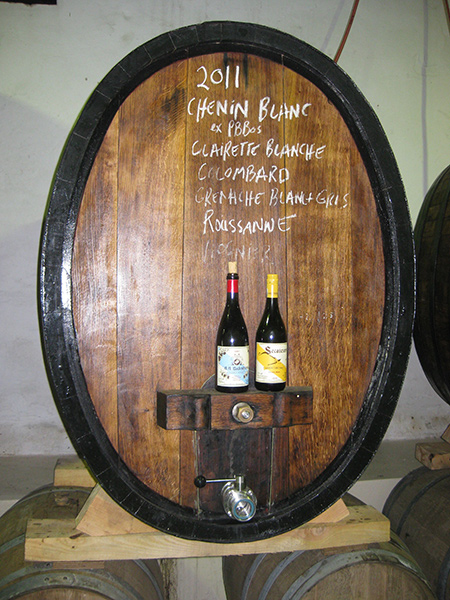 With glowing reviews of Swartland wines flying in from UK and US reviewers and magazines on a regular basis it was essential that, as the pre-eminent importer of premium South African wines into New Zealand, I acquaint myself with the region and the winemakers more fully. What better way than to attend the Swartland Revolution?

In November 2015, that’s exactly what I did. The two-day event of serious wine tasting and equally serious partying is so sought after that the 500 tickets sell out within minutes of going on sale. 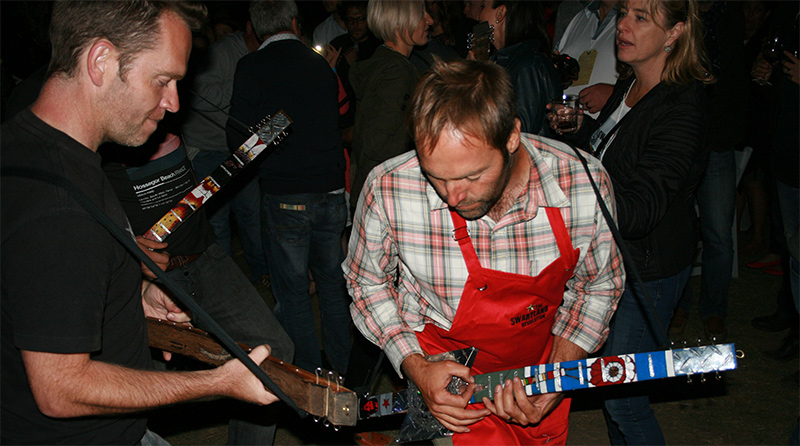 The weekend flew by in a blur, but some of the highlights were: 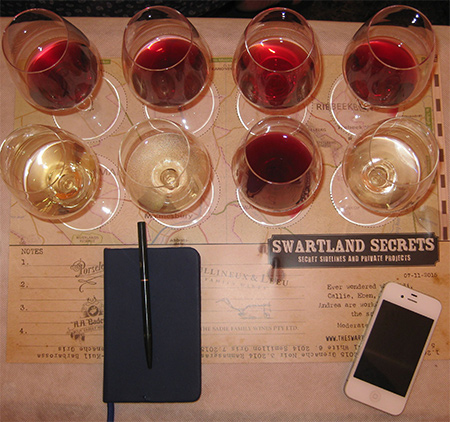 * Promptly at 09h00, The Revolutionaries hosted a Swartland Stories session, showing off some of the secret sidelines and private projects they are working on. Andrea and Chris Mullineux offered their ‘Free Radical White’, reminding of and inspired by the wines of R. Lopes de Heredia Viña Tondonia in Rioja (which we will be receiving in NZ in December 2015) and a semillon gris, made of grapes that are a vineyard mutation of semillon. Eben showed his trial with agiorgitiko, a Greek variety well-suited to warm-hot climates, and a verdelho. Adi shared his rare wine made from a plot of Barbarossa vines (with bunches of up to 7kg!) and a cinsault from granitic soils. Callie Louw shared his trials with cinsault and grenache noir.

** The last of the formal wine sessions was led by John Platter, showing some of his favourite local wines. These incuded a riesling from Spioenkop in Elgin, clairette blanche from Craven in Stellenbosch, Vriesenhof Grenache from Piekenierskloof, Momento Tinta Barocca, a carmenere, petit verdot blend from Philadelphia and the Crystallum Shale Clays Chardonnay from Walker Bay. Certainly not what an uninitiated person would expect from South Africa.

The Revolution showed me that South African winemaking is growing up. There is subtlety, trials with ‘odd’ old vine material, expression of terroir and soils. The revolution might be over, but the new concepts it promoted are now being tested and integrated, if deemed appropriate. Also, existing fundamentals within the industry are being tested and retained, again if appropriate. So, while there is a strong trend amongst the younger wine-making fraternity in newer or re-discovered winegrowing regions towards lower alcohol, elegant, subtle wines, it would be irresponsible to discard the higher-alcohol, riper, bigger wines that have been popular for a long time and have built the base for the new blood to experiment.

Always ahead of the game, the Revolutionaries have decided to call time on the Swartland Revolution after only six events. "We now want to focus our time and energy on the next phase, the evolution perhaps, of great things in this great region and country of ours,” the group announced in a message to followers. “We believe that last weekend’s event brought things full circle. The Swartland Revolution was a stone cast into the ocean that is the South African wine industry and we are all satisfied with the ripples and waves it has caused.” 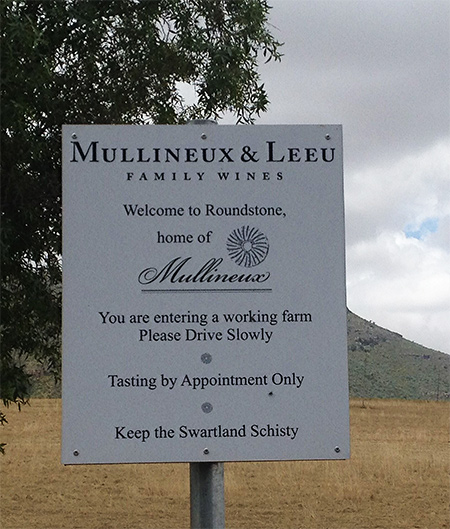 Planet Wine’s Swartland portfolio currently includes the AA Badenhorst Family wines. The Sadie Family and Porseleinberg wines as well as Chris Alheit’s Cartology white blend are steaming their way towards Auckland now and we have placed our first order of Mullineux & Leeu wines for 2016. The Revolution has extended to New Zealand and we are tremendously excited to be able to share these wines with you now and in the near future.

Worth reading, from others: