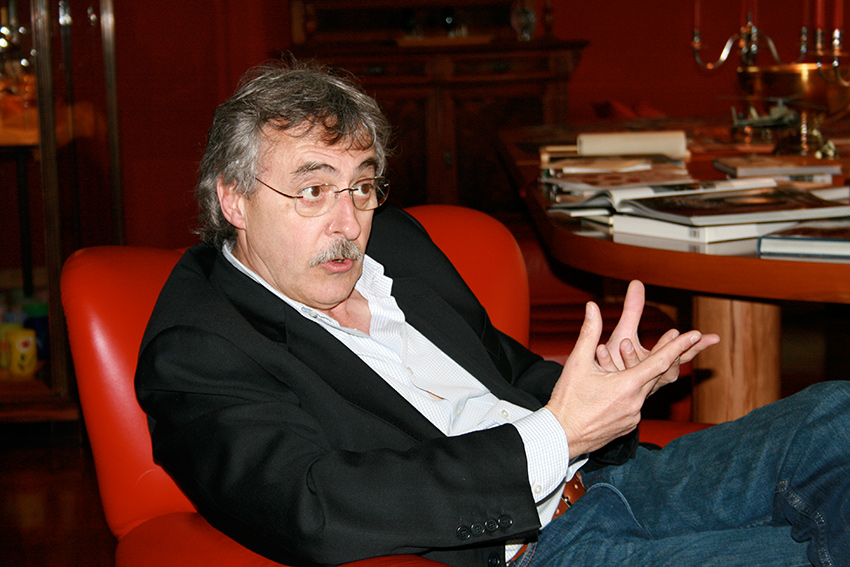 We’ve been introducing you to various up and coming industry mavericks from South Africa and Spain, but the 21st century’s original wine rebel must surely be charismatic Italian, Roberto Anselmi. 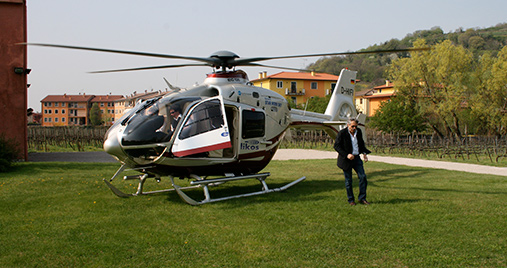 And we’re not talking about the fact that he flies his own helicopter, had a Porsche made to his specifications and has a passion for fast motorbikes. No, it’s more to do with the fact that back in 2000, frustrated by the lack of quality and ambition amongst fellow winemakers in the rolling hills of the Soave region, east of Verona, Roberto made the controversial decision to cut ties with the local Consorzio and take the hallowed Soave name off his wines, instead labelling them under Anselmi’s own vineyards and Veneto IGT.

Roberto had approached the Soave Consorzio to negotiate a reduction in the permissible yields in an attempt to increase region-wide quality. After years of painstaking meetings and communications, the day of reckoning arrived in the form of a letter, the contents of which threw Roberto into a fit of rage and caused him to burn all existing Anselmi labels featuring the name Soave. The Consorzio, mainly influenced by the industrial-sized co-operatives, had agreed to a reduction in yields, but only by around 1-2%, a negligible margin. 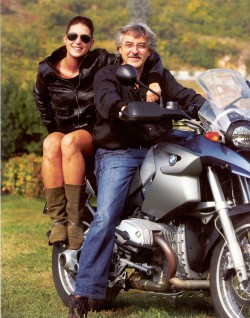 His self-imposed exile was a bold move, but one he felt was essential to be true to his ethos of quality over quantity, and in turn to producing world class white wines. “Quality is indeed the fruit of our labour and determination, but it cannot do without help from the kind of science which allows us to recognise the real values of tradition and yet stops us from placing too much value on those elements which have no scientific basis at all."

And the risk has paid off. Widely considered one of Italy’s best white wine producers and ‘the conscience of Soave’, he’s redefined the image of the region’s wines on the world stage.

I first met the legendary winemaker at the Decanter Fine Wine Encounter in London in the mid-2000s. As I was meandering through hundreds of displays of fine Italian wine, I stopped at the Anselmi table, where Roberto was ably represented by his daughter and right-hand woman Lisa. Hearing that I was from New Zealand, she got very excited, explaining that her father had a great love for New Zealand, particularly its nature and the fly-fishing. I was very impressed by the wines I tasted, especially a 15 plus year old Capitel Croce, a single vineyard garganega. Later in the day, the raven-haired and bespectacled Roberto raced up to me, waving my business card in the air. We immediately hit it off and it wasn’t long after that Planet Wine started importing his wines, initially including his Realda Cabernet Sauvignon, but now focussing solely on his stunning white wines.

I soon learnt that 2000 wasn’t the first time Roberto had rebelled against authority. Back in the 1970s, fresh out of university and having had a taste of some the world’s finest wine regions in his post-study travels, he quickly became frustrated working in his family winery.

“My grandfather had been an excellent vine grower between the 1920s and 1945, but with the economic crisis linked to the World War he was forced to sell off all his vineyards and my father, who had continued working in the wine sector, had created a large winery for the bottling and sale of wine that he bought in, but without having his own land or vineyards,” explains Roberto.

“I had always dreamt of buying back my grandfather's vineyards and buying other land highly suited to vine growing. I had always dreamt of creating a high quality winery to produce my own wine and had a romantic vision of a land which inspires strong values, deep feelings, the right kind of traditions, and a way of living which is with the land and for the land. And so I began.”

But his ambitions found him knocking heads with his father, and Roberto eventually grasped full control of the business, and Marino went into retirement, though remained living on the propery. 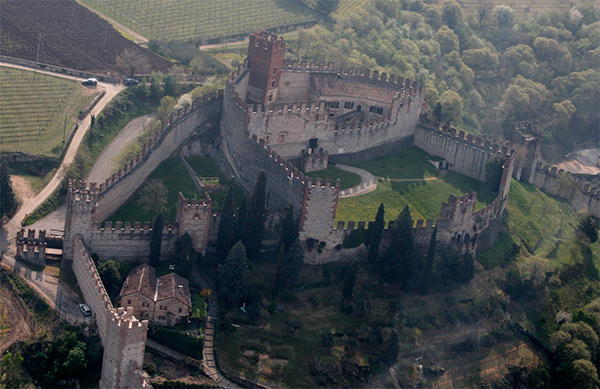 He wound up the trading side of the company and began buying pockets of hillside land planted at high density, where his less productive but more aromatic garganega strains thrived. The current property extends to 70 hectares situated on the highest slopes between Monteforte and Soave, and annual production has grown to around 700,000 bottles (just 5% of the volume his father made, but it’s always been quality Roberto was after.)

Opting out of the Soave DOCG gave Roberto the freedom to grow the grapes he liked, and in whatever way he wanted. Instead of the shaded canopies of old-fashioned pergola-trained vines most commonly found on surrounding properties, guyot-trained vines let in plenty of sunshine for more concentrated fruit, and his limit of three small bunches per vine guarantees density of flavour and ripeness, while maintaining good acidity.

Freed from the constraints of the Consorzio that require 70 percent garganega in all wines labelled Soave Classico and currently allow only two other grapes, chardonnay and trebbiano di Soave, Roberto also planted sauvignon blanc and traminer, and uses the former in his San Vincenzo.

The winery is similarly advanced, with gleaming stainless steel vats and French oak barriques (Anselmi was probably the first in Italy to utilise French oak to ferment and mature its white wines). Vinification is precise in every detail, with cold maceration, fermentation at low temperatures and a long ageing period. Roberto has always been an early adopter of wine technology – collaborating on research into alternative wine closures and ongoing experimentation into new methods to reduce the presence of sulphites in wine. Frustrated by cork taint, Roberto moved his San Vincenzo wine into screwcaps a few years ago – a brave move in a traditional wine country.

He took this limited-production approach to the next level when he became one of the few producers in the Soave Classico zone to develop ‘cru’ or single-vineyard wines. Capitel Foscarino (10 hectares) and Capitel Croce (five hectares) derive their names from ancient shrines (in the Veronese dialect) which populated the areas when the vineyards were replanted.

In 2010 I attended the large annual wine fair, Vinitaly, in Verona. Of course, a visit to Anselmi was on the cards. True to his nature and thoroughly unconventional, Roberto doesn’t lease a stand at the show. Instead, the directions for meeting on the day were, “Meet us in the carpark in front of Gate X”. I proceeded to said carpark and found two helicopters waiting to transport guests towards Soave, a short 20-minute flight. My Canadian co-passengers from the Liquor Board in Nova Scotia and I were flown over the Capitel Croce and Foscarino vineyards while terroir and vineyard management were explained. We then landed on a field opposite the winery, to be welcomed by the delightful Lisa. The tour inside the winery and the cellar was as theatrical. It is no wonder that the Anselmi business is so highly regarded – the wines, the location, the people.

Roberto crafts just five wines – in addition to the San Vincenzo and the two crus is a cabernet sauvignon, an unusual move for the area, and I Capitelli, a dessert wine made from dried Botrytis-affected grapes that matches the world's best and is a real hit in New Zealand.

You’ll be glad to know that the rebel and his father made amends before Marino died, the latter coming to appreciate what his son had done for the family name. "My grandfather didn't ever come to the winery," Lisa says, "but finally when my father had success, my grandfather would tap him on the shoulder and say: 'Not bad, not bad'."

We hope to host Roberto and Lisa Anselmi in New Zealand in 2016 or 2017. I can guarantee that you will be enthralled by this man’s passion for wine and quality above all else.

Learn more about both by trying out this newsletter special: Anselmi White Wine Collection