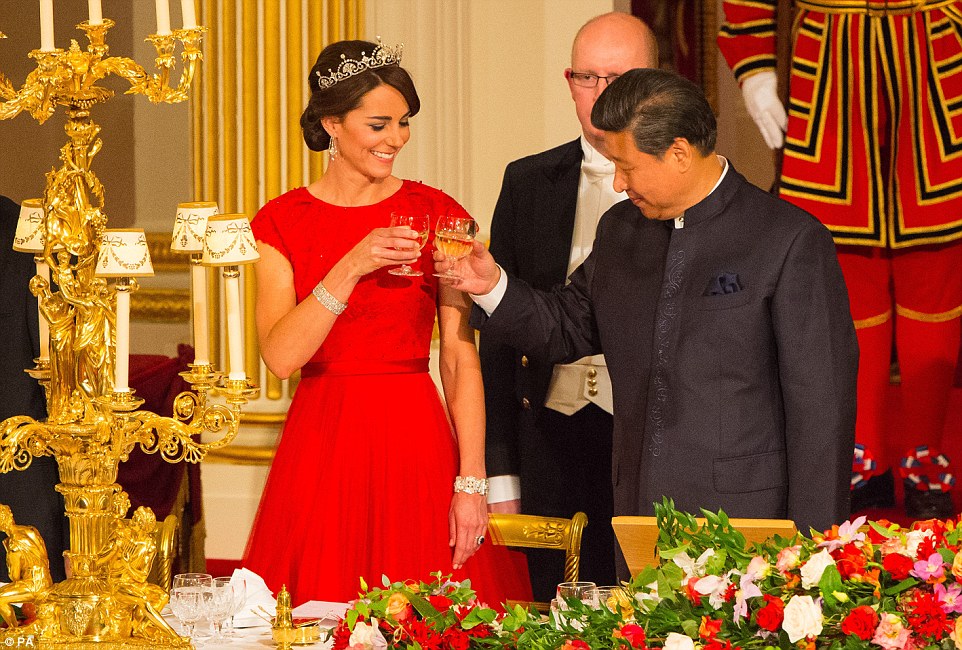 We were delighted to learn from our friends at Klein Constantia in South Africa that their Vin de Constance 2008 had been served with dessert at the glittering state banquet hosted by Queen Elizabeth II for President Xi Jinxing of China at Buckingham Palace last month – one of just five wines specially selected to accompany the four-course meal.

That honour is nothing new for Constantia wines. In fact, Vin de Constance’s distinguished past as the preferred dessert wine of European royalty starts way back in 1795. When the British took control of the Cape that year, the Governor required the Constantia wine producers to supply the King and his Government with an annual shipment of their wine.

In 1822 the merchant and philanthropist William Wilberforce Bird wrote about the wines being sent to England “as presents to soften the temper of ministers, and to sweeten the lips of royalty itself”, and although the last recorded government delivery of Constantia took place in 1827, private sales that same year included 60 casks “for the use of His Majesty” George IV, while letters from Downing Street arranged a private shipment of 60 casks for his successor, William IV, in 1833. Queen Victoria was also a fan and, according to her granddaughter Princess Alice, enjoyed a glass of sweet Constantia wine every evening after dinner.

Since 1990, when Klein Constantia released its Vin de Constance 1986, the first natural sweet Constantia wine of the modern era, the wine has once again been savoured by Princes and Presidents, Kings and connoisseurs. Made with Muscat de Frontignan grapes grown at Klein Constantia’s historic vineyard on the Cape Peninsula and aged for 4.5 years in a combination of 500l French and Hungarian oak barrels, the 2008 received a 95-point rating from Robert Parker’s Wine Advocate. In his words: “An intriguing and ever-evolving wine. The bold, sweet palate is perfectly balanced by tight acidity which results in a long-lingering honeyed finish”.

Its predecessor, the 2007, remains South Africa’s highest-rated sweet wine with 97 points – but the 2008 may have been chosen for the banquet for cultural reasons: “The number eight is a symbol of good luck in China,’ said Robert Alexander OBE, head of government hospitality, in a 2013 interview with UK magazine Decanter.

Hans Astrom, Managing Director of Klein Constantia, comments “we are delighted and honoured that Her Majesty chose to serve a South African wine, Klein Constantia’s Vin de Constance, on the occasion of President Xi Jinping’s visit to Great Britain. This wine has a long history with Royal Households and we hope that the 2008 vintage proved an auspicious choice for the state banquet”.

Guests at the banquet, also including Chinese President’s wife Madame Peng Liyuan, Prince William, the Duchess of Cambridge, Prime Minister David Cameron and the Archbishop of Canterbury, were treated to a dinner of West Coast Turbot, Balmoral Venison and a dessert of Chocolate, Mango and Lime. The Vin de Constance 2008 was accompanied on the wine list by other exceptional wines such as Ridgeview Grosvenor 2009 Brut, Meursault ler Cru Santenots 2007, Chateau Haut-Brion 1989 and Warre’s Vintage Port 1977.