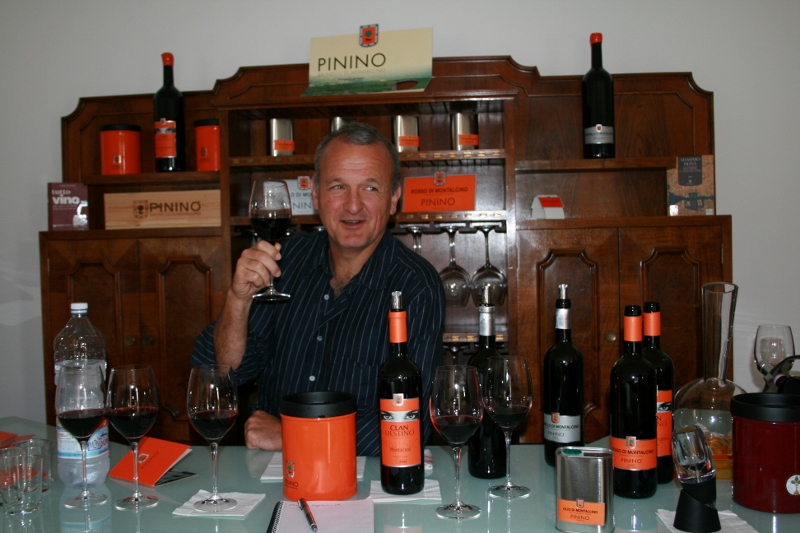 The eye-catching orange branding of the Pinino winery in Tuscany is an immediate hint to the background of its owners. Two couples with a shared connection to the fashion industry have taken on a centuries-old vineyard near Siena and transformed it into one of the most sophisticated, quality-led wineries in Italy. 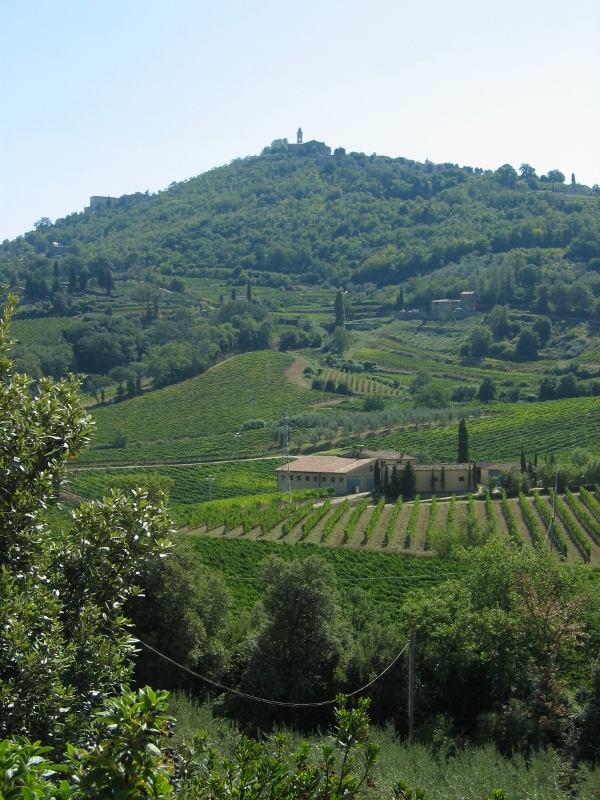 Pinino was founded in 1874, but its new era began when it was purchased in 2003 by Austrians Andrea and Hannes Gamon and Spaniards Max and Silvia Hernandez. The two couples became friends while building one of Europe’s top fashion brands, Replay Jeans, and when the business was sold, they decided to invest their capital in another shared passion – wine. As their preferred wines were Tuscan, Pinino’s location just outside of the picturesque hill town of Montalcino, home to arguably the highest expression of Italy’s famed Sangiovese grapes, Brunello di Montalcino, made it irresistible.

It was their classy and distinctive approach that caught my attention when I first met Andrea and Max at VinItaly in 2007. I was temporarily based in London at the time, studying for the Master of Wine, and attending the fair as part of the Riseccoli team from Chianti. On a walkabout, I was drawn towards the Pinino stand and got into a discussion with Max. We stayed in touch, I met with Andrea in Montalcino in 2008 and then again at VinItaly in 2010, where we finally sealed a supply deal. These things take time, but from the start I could tell that Andrea and her husband Hannes shared a similar philosophy to mine – that business can (and should) be a great mix of wine, food, travel, friends and laughter.

It’s a combination of the favourable climate conditions of the Montalcino region and the richness of the loamy and limy soil that provide Sangiovese Grosso grapes with their unique flavour. But the contribution of the technical expertise passed down through the generations shouldn’t be underestimated. Wine production around the town was first recorded in the Middle Ages and its reputation for high quality was established in the late 19th century.

Brunello is a wine made for aging. Not released before it is four years old (two years in the barrel and then two years in the bottle) and seldom drunk for pleasure by aficionados in its first decade, as Jancis Robinson puts it, it’s “capable of ageing for ever and a day”. 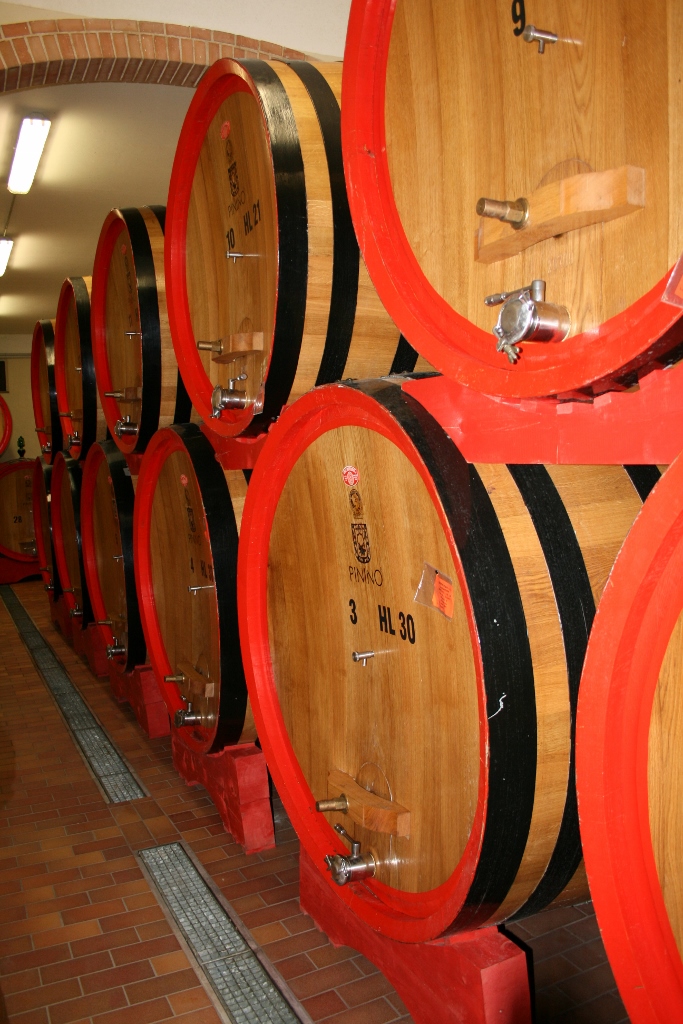 Its baby brother, Rosso di Montalcino, on the other hand, while also made from 100% Sangiovese Grosso, spends a shorter period in oak than the Brunello, and is usually ready for consumption within two years of harvest. It is a lighter more forward style of wine that still has the feel of Brunello.

The Gamons and Hernandez produce both from their relatively small 16 hectare of vineyards, embedded in a natural, south facing amphitheatre on the Montosoli hillside, considered one of the best positions in the northern part of Montalcino.

While Andrea and Hannes primarily take care of Pinino’s management, marketing and distribution, Max oversees the vineyards and Silvia is the winemaker, working with well-known oenologist Dr. Paolo Vaggagini.

The couples’ philospophy for the Pinino and Cupio ranges is simple. Brunello and Rosso are produced for both according to the age-old traditions of the region, finished in large barrels of Slavonian oak and brought to maturity according to a disciplined process. In the cellar, these classic methods are complemented by modern technology and the use of new fermentation tanks.

And whereas tradition takes priority in the winemaking process, Pinino’s branding and marketing is thoroughly modern, positioning them strongly on the international stage. As has recognition from some of the wine world’s top critics – Robert Parker gave the 2010 Brunello a massive 93/100, and other vintages regularly score highly with Wine Spectator and Decanter as well.

You’ll find a selection of their best here: http://www.planetwine.co.nz/wines/italy/pinino/

Oh, and a tip from the winemakers: Brunello di Montalcino unfolds its full aroma several hours after opening the bottle. As a rule of thumb, for every year of age, the wine needs one hour to develop its aroma. So a five year old Montalcino should be opened five hours before the meal. Requires patience and forward planning, but it will be worth it, we promise.