South Africa has long been a hot topic on the international wine scene, but now a new generation of winemakers, several of them from the up and coming Swartland region on the Cape’s West Coast, are really causing people to sit up and take notice. 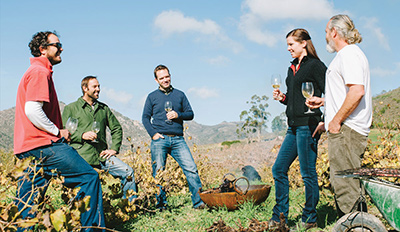 “These bright young things are breathing new life and fresh air into the whole world of wine,” says esteemed wine writer Jancis Robinson. She believes a new breed of younger wine producers from the country is offering a completely different range of styles and flavours, many of them uniquely South African.

So enamoured is she, that she’s put her name behind a London event that will introduce 30 of the best of them at the inaugural New Wave South African Tasting in late September.

And she’s not alone in her observations. One of the largest US importers of new-wave Cape wines, Bartholomew Broadbent, says the group are the most exciting and newsworthy part of their portfolio at present. “People like Adi Badenhorst and Eben Sadie have hit the market at exactly the right time.” 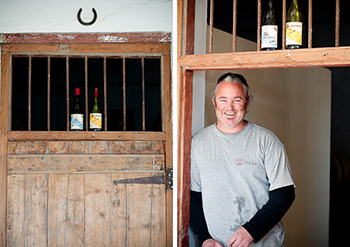 “Adi and Eben are the greatest and most natural hipsters in the wine business … highly intelligent, totally irreverent, anti-establishment, unbelievably passionate and truly among the best winemakers in the world right now,” he told Robinson.

He said the younger winemakers also appealed directly to the new community of younger sommeliers, “who speak the same language, smoke the same weed and think along the same lines.”

But UK importer Greg Sherwood MW of Hanford Wines in London, cautions us not to forget the enduring South African wine styles that still offer some of the best value for money in the world. “The wines which put South Africa on the map were either Cabernet Sauvignon or Bordeaux-style blends, and that still has not changed,” he told Will Lyons of the Wall Street Journal. “It’s great that there are a new bunch of young winemakers making a name for themselves, but let’s not lose perspective on the regions and wines which excelled in the past.”

And that’s the Bordeaux-style wines that come from a small area in the Western Cape, clustered around Stellenbosch and the Simonsberg mountains. Producers in this region Lyons suggest we should look out for include Ernie Els, Kanonkop, Meerlust, Thelema and Vergelegen (all of which Planet Wine imports.)

We also represent several of the maverick winemakers making a showing at the hip Vinyl Factory in London’s Soho district on 23 September, including Badenhorst, Sadie, Johan Reyneke of Reyneke and Marc Kent of Boekenhoutskloof and Porseleinberg.

Martin is hoping this group will make its way down to New Zealand for a similar event in the next few years. But in the meantime, he’s planning to catch some of them in their own backyard, at the exclusive Swartland Revolution in early November. Tickets for this year’s event sold out two minutes after they went on sale last month. 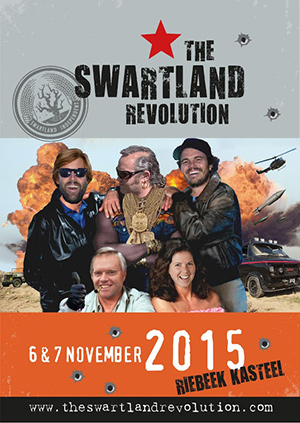