Ken Forrester – perfectly marrying a love of food and wine 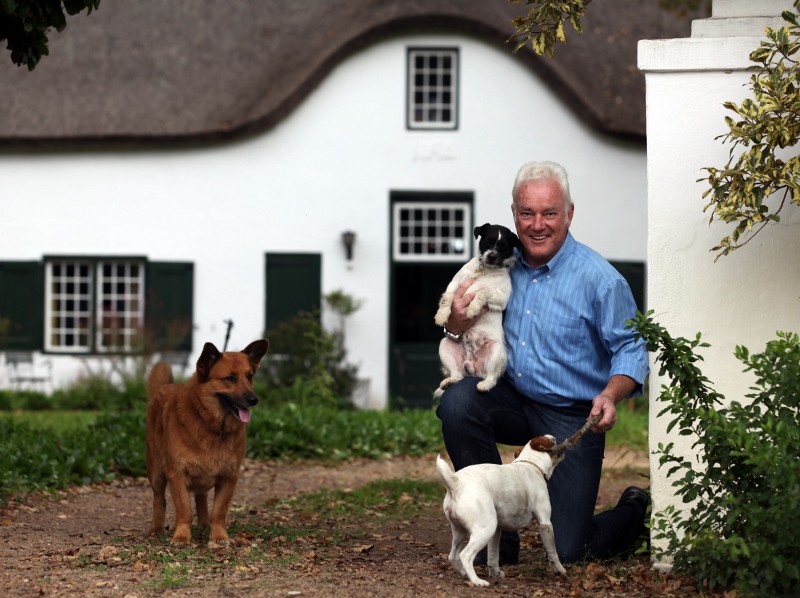 It’s pretty much a given that when a restaurateur turns winemaker, he’s going to craft food-friendly wines. That’s definitely been the case with South Africa’s ‘Mr Chenin Blanc’ Ken Forrester, whose wines are poured at some of the top restaurants in the country and around the globe. It’s also likely he’s not going to be averse to taking the odd risk or two.

Ken will be the first to admit that it was a huge gamble to relocate his family to the Cape in 1993 and risk everything they’d built up during his successful hospitality career in Johannesburg. But that is what he did: he purchased a dilapidated homestead on 50 hectares of vineyard land outside Stellenbosch. “… this was almost on the eve of the first democratic elections held in South Africa, Mr Mandela was tipped as the new President, Chris Hani had been assassinated, the mysterious ‘Third Force’ was hard at work and there was a fair amount of chaos in the country,” remembers Ken. “Smart folks were emigrating in their droves; but we chose to invest, grow a business and stay.” 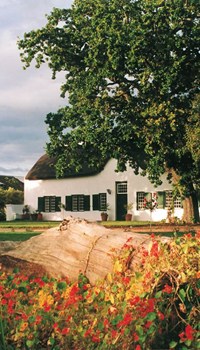 One thing they got plenty of when they purchased the Scholtzenhof property on the slopes of the Helderberg mountains was history. Originally known as Zandberg, it’s one of the very oldest farms in the Cape. The land was granted by Governor Simon van der Stel to ex-soldier Frederick Boot just ten years after Stellenbosch was founded. The colourful German (who they say fathered eight children out of wedlock, an achievement that saw him and his mistress banished to Mauritius for a decade) planted his first vines in 1694 and started construction on the house that same year.

When I first visited a decade after the Forresters had settled in at Scholtzenhof, in the early days of Planet Wine, it was obvious the risk Ken had taken had paid off. By then his wife Teresa had overseen a stunning restoration of the original Cape Dutch homestead. Ken had replanted the vineyards and enlisted the help of good friend and respected winemaker Martin Meinert in a quest to produce chenin blanc that would rival any white wine in the world.

Ken produced the first wines under his own label within a year of purchasing the property, and it wasn’t long before they were winning awards, and leading the chenin blanc revival in South Africa.

It was his barrel-aged Reserve Chenin Blanc that caught my attention during my first tasting with the charismatic Ken around 2003, and it was an immediate success in New Zealand. From that initial foray with his chenin, we have added more wines from Ken’s portfolio – first the Renegade, an earthy blend of old-vine grenache, shiraz and mourvedre (GSM). Then the FMC (Forrest Meinert Chenin, made in partnership with Martin Meinert), one of the pinnacle expressions of chenin blanc from South Africa. And also the Gypsy, an iconic GSM blend with what Ken describes as a ‘wild’ character (and which I would say is the pot calling the kettle black, Mr Forrester!)

You can’t really ever take the love of a good meal (complemented of course, by the perfect wine match) out of a restaurateur and, after that first tasting, Ken invited me for a long lunch across the road at 96 Winery Road. Another joint venture with Meinert, the menu is shaped around the use of fresh organic and local ingredients. 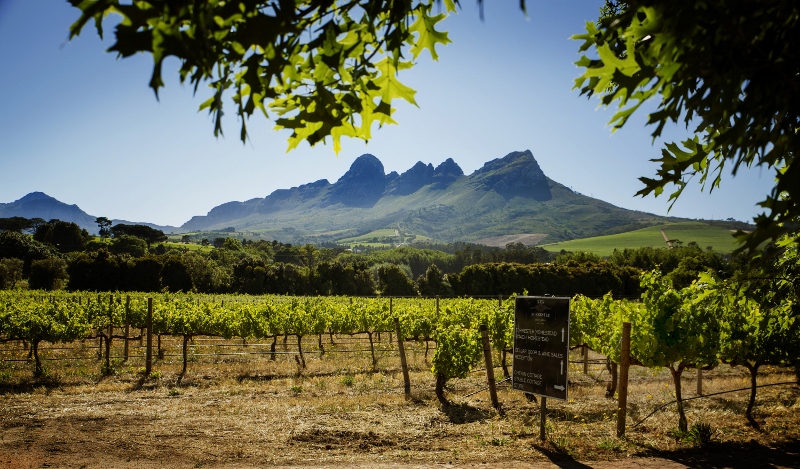 Organics, along with sustainability and biodiversity, are also a priority in Ken’s vineyards. The farm is a proud member of the Biodiversity and Wine Initiative (BWI), a ground-breaking partnership between the wine industry and the conservation sector that aims to preserve the rich biodiversity of the Cape floral kingdom.

All the vineyard work is done manually, which also provides much-needed employment to the local community, and Ken has established an adult literacy and skills training program for his employees.

The farm might be best known as the home of chenin blanc, but Ken has also earned a formidable reputation pioneering the use of those Rhône style varietals I enjoyed on that first visit, a pretty ‘renegade’ move in the heartland of cabernet and merlot.

“You should be planting what works on your soil,” says Ken, who in addition to his own 50 hectares leases another 38 on neighbouring properties. “Our soils here are generally too poor for cabernet and merlot, but Rhône varietals don’t need fertile soils.”

“When we started making grenache in 1996 it had all the attributes of great pinot noir. But nobody was interested, and nobody could pronounce it! But it has come into its own now.”

Ken Forrester Vineyards wines have been poured at some pretty prestigious events, including the opening of the Scottish Parliament (very fitting since Ken’s family have their origins in the Western Isles, and he’s not shy to don a kilt when required) and at the 85th birthday of the late President Mandela. 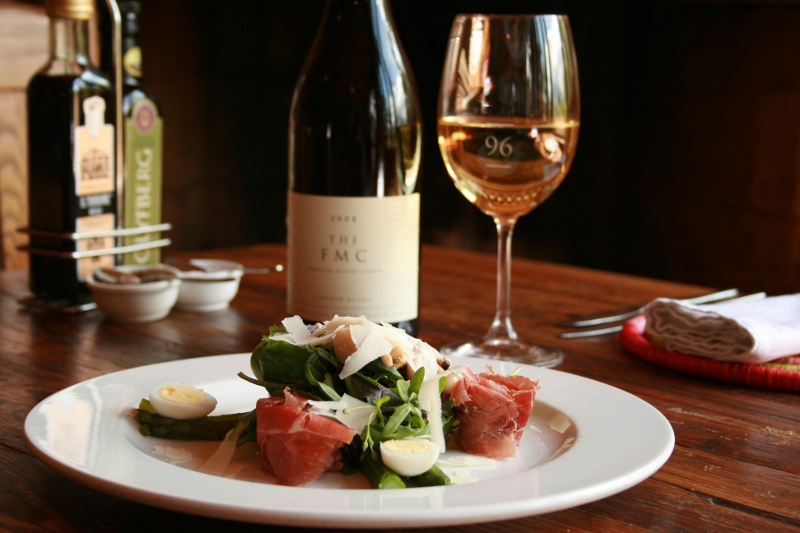 But it’s still the FMC that draws the most attention, and wins the highest accolades. Ken and Martin started experiments with what they called ‘The Chenin Project’ in early 1997, but it wasn’t until three years later that realised they were onto a winner. The 2000 vintage made its debut at the Cape Independent Winemakers Guild Auction the following year, where it tied as the most expensive white wine purchased on auction.

The ‘recipe’ has stayed the same every year since – hand-selected low yield chenin blanc grapes predominantly from a vineyard planted in 1974, harvested at full maturity in unique batches across a one month picking window. Natural wild yeast fermentation takes place in new and used 400 litre French barrels, and repetitive harvesting means some botrytis is always present in the later pickings.

Just last year, the FMC 2012 came out a clear winner amongst the almost 70 tasters at the inaugural ‘Top SA Luxury White Taste Off’, a dual Johannesburg and Cape Town blind tasting event organised by one of the country’s foremost merchants, Wine Cellar.

It’s the crown in an enviable collection of wines developed out of that overarching passion for the perfect marriage of good food and good wine, and Ken’s commitment to handcrafting benchmark wines that deliver value at every price point.

And we’re proud to have the best of them right here in New Zealand: http://www.planetwine.co.nz/wines/south-africa/ken-forrester/