Bruwer Raats: A forward-thinking winemaker with a singular obsession 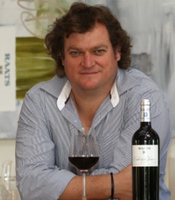 When one of the world’s legendary wine critics describes you as the “most exciting and forward-thinking winemaker” in your region, you can take a bow. And, according to Wine Advocate’s Neal Martin, Stellenbosch winemaker Bruwer Raats has earned that right.

That accolade came in 2014 and just a few months ago, in his latest South African report, Martin reiterated that Raats’ recent releases “did nothing to dissuade me that this is one of the top growers in the region, perhaps in South Africa”, and described his wines as beautifully crafted, terroir-specific and interesting.

Bruwer modestly puts the success down to a matter of focus. And at Raats Family Wines that focus is on just two single varietals – chenin blanc and cabernet franc. He firmly believes South African winemakers are sitting on an untapped goldmine when it comes to chenin blanc.

“Lots of New World producers are trying to be everything to everyone. Everything is good, but nothing is exceptional. Our industry needs people who can specialise.”

And Bruwer chose to specialise in chenin blanc. “We have half the world's plantings, and we have old vineyards,” he argues. With no other New World country championing chenin, it gives South Africa the opportunity to say “this is what chenin blanc tastes like”.

Identifying specific soil types and old low-yielding vineyards in the area has been essential. "The best viticultural soil for chenin blanc in all the land is undoubtedly located in and around Stellenbosch. We source from vines on average 25 years old, grown 250m above sea level – perfect!" he says.

When you ask what led him to specialise in cabernet franc as his red variety focus, the answer comes easily, “Very simple: it has spice, cinnamon, clove, nutmeg, coriander, red cherry fruit and silky, velvety tannins.”

“I never want to make blockbuster styles,” he says. “I want to make wines that reflect the soil types and varieties. Freshness is the key.” 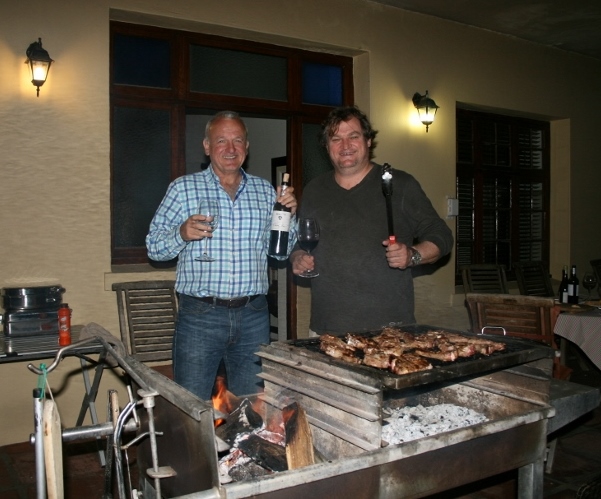 Bruwer Raats isn’t a blockbuster kind of guy. What he is (in addition to being an exciting winemaker of course), is hard working, fun loving, hugely hospitable, and master of that all-South African ‘braai’! It’s pretty much a given when I visit Stellenbosch that I’ll be expected to stay over at his home, and to be treated to Bruwer’s legendary ‘braaibrood’ (barbecue bread), and an excellent glass or two of cabernet franc, late into the night.

I was introduced to Bruwer and his Raats wines by his brother Jasper, who lived in New Zealand for years, gaining a reputation for producing excellent sauvignon blanc and pinot noir from Marlborough under the Koru label.

Bruwer started Raats Family Wines in 2000, initially with Jasper and their father Jasper Senior, who passed away in 2009, as viticulturist. Bruwer himself had studied viticulture and enology at Elsenberg before globetrotting to gain international experience, which he did in Bordeaux, Napa, the Rheingau and Tuscany. He also spent time at the esteemed South African estates of Blaauwklippen, Delaire and Zorgvliet, before turning his attention to his family estate full time. These days cousin Gavin Slabbert is an essential part of the team, and together the two have launched a separate range of wines under the B Vintners Vine Exploration Company label, showcasing South African grape varieties in a historical context. (We plan to import this range in the near future.) 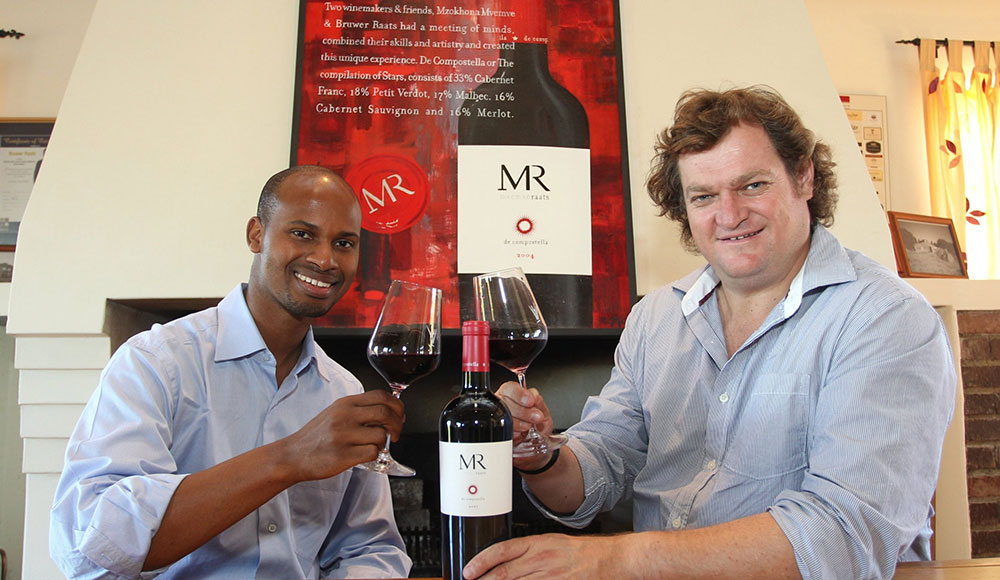 The only other area in which Bruwer deviates from his focus on chenin blanc and cabernet franc, is for his collaboration with South Africa’s first qualified black winemaker, Mzokhona Mvemve. They produce a classic Bordeaux blend named MR de Compostella. The two became good friends when Mzokhona came to Raats for his practical in 2002 and their wine has wowed critics and connoisseurs since its maiden vintage in 2004. Early on, the wine hit the headlines when it was judged by Wine Spectator as the most consistent top quality wine from South Africa, scoring 93 points for three consecutive years. The 2008 vintage scored the highest rating ever given to a South African Wine by The Wine Advocate: 96 points from Robert Parker. And the most recent 2013 vintage (which we have in stock) walked away with the overall winner award at the inaugural Riscura Red Hot Wine Awards in South Africa last year.

The Raats wines continue to draw international accolades. Red Wine Please! placed the 2011 Cabernet Franc second and the 2012 Old Vine Chenin Blanc fourteenth in their 25 most memorable wines of 2015 and, to end where we started, in his Cape Fearless article for Wine Advocate, Neal Martin scored all the Raats wines between 89 and a whopping 95!