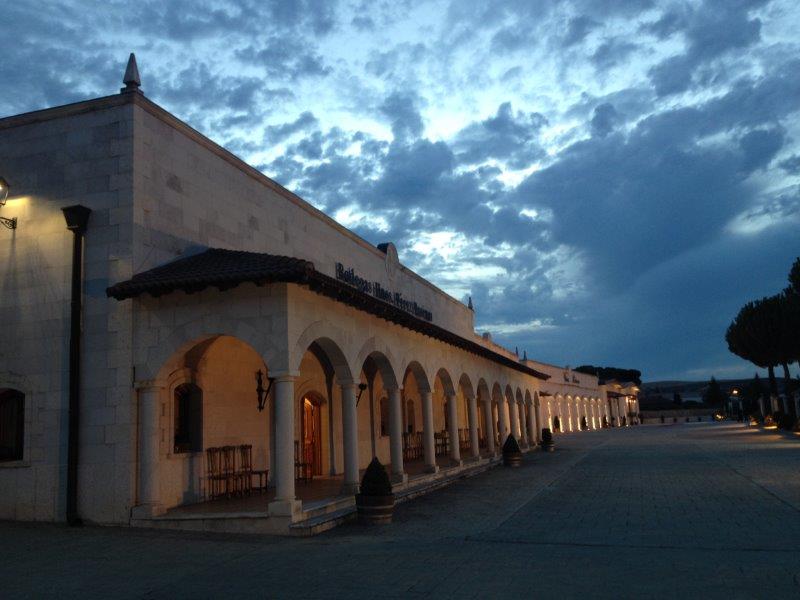 When I was finding it difficult to arrange a suitable day to visit a prospective Ribera del Duero wine supplier last year, little did I know that the eventual invitation to a special ‘event’ was in fact a great honour – I was going to participate in Hermanos Pérez Pascuas’ 35th anniversary celebrations in the village of Pedrosa. 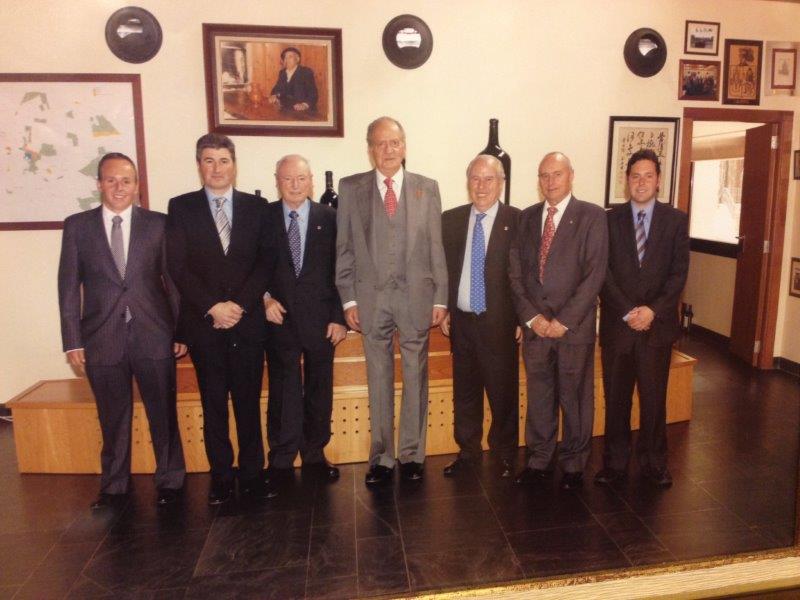 The family bodega – highly respected as a pioneer in a Spanish wine-producing area that’s reputation has been built on the great quality of its tempranillo-based wines – was started in 1980 by brothers Benjamín, Manuel and Adolfo Pérez Pascuas. The trio inherited the property from their father, Mauro Pérez, who was born among the vines of Pedrosa de Duero, and who planted and tilled his vineyards with considerable wisdom and passion. 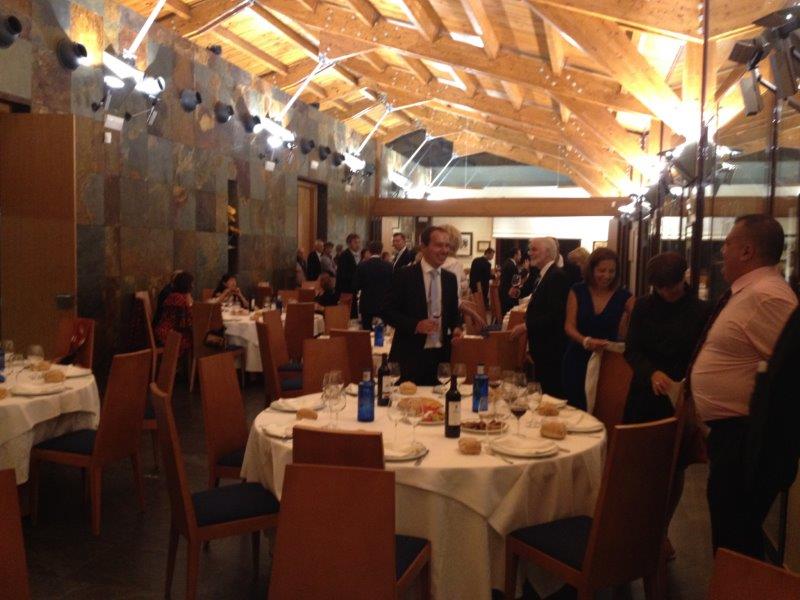 Despite my newcomer status and my limited smattering of Español, I was fortunate enough to be seated at a table with one of the founding brothers and his wife. My friend Teresa found herself alongside an elegant woman (who claimed she and I had met in a previous life!) who runs a high-end wine club in Mexico City with her husband. They were just two of a number of foreign agents who had flown in specially for the event from as far afield as Holland, Japan and Belgium. To me, that spoke volumes about the family, the company and the culture that exists there, and I knew then I’d like doing business with them.

We were given a tour of the impressive facility before the dinner, and after continuing the party well into the night at the nearby hamlet of Roa, I returned the next morning for a meeting and tasting with oenologist and technical director, José Manuel Pérez Ovejas, son of Benjamín. 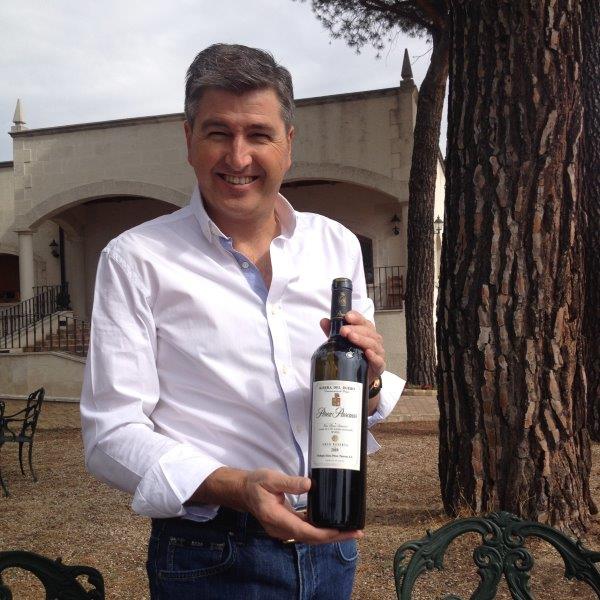 It was José Manuel’s return to the family fold in 1989 that was a turning point for the business. As an agronomist with a bachelor’s degree in oenology and masters in viticulture, he brought a wealth of international knowledge to assist his father’s and uncles’ aim to make one of the best wines in Spain. (An ambition they are well on the way to achieving, already exporting to over 38 countries, and as of this month, New Zealand.)

But rather than breaking with the past and tradition, José Manuel returned with a very clear objective: to be a practical and non-interventionist winemaker, reconciling the knowledge he’d acquired in his studies and travels with the wisdom and experience of his elders.

And that approach has paid off. Today, with 27 harvests behind him and numerous visits to some of the best vineyards in the world – Burgundy, Tuscany, the Napa Valley – José Manuel believes the wines of Viña Pedrosa can rightfully rub shoulders with the best of from around the world.

The winery sits atop a hill just outside the village of Pedrosa de Duero at 800m above sea level, with panoramic views over the 135 hectares of vineyards and the family’s luxuriant pine forest. Its elevated position results in a cooler micro-climate, which makes for a lengthier growing season and slow ripening, with harvest often completed weeks after the surrounding lower-lying vineyards. The conditions are well suited to tempranillo, which makes up 90% of the vines, with the other 10% given over to cabernet sauvignon. 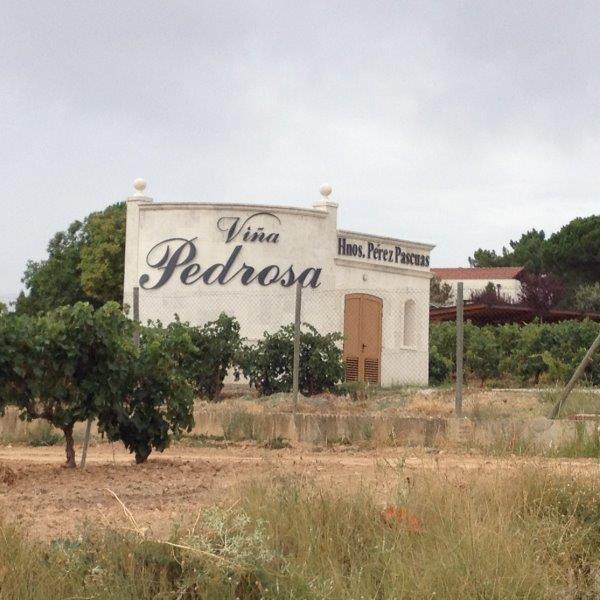 Bodega Hermanos Pérez Pascuas produces a number of premium wines entirely from the estate’s own grapes – Cepa Gavilán, Finca la Navilla, Viña Pedrosa (crianza, reserva and gran reserva) and its supreme offering, Perez Pascuas Gran Selección. Made in homage to the property’s founder, grapes for this exclusive wine are picked from 80-year-old tempranillo plants in Mauro’s beloved Valtarreña plot and aged for 26 months in oak. Production is kept to 5,000 bottles and only in the best vintages.

All the Viña Pedrosa wines are judiciously matured in French oak casks to produce serious, multi-layered wines that are subtle, elegant yet concentrated, opulent, well-structured and full of nuances. No surprise then, that they’ve all been highly rated by national and international press, and that the Gran Selección 2011 has recently received a perfect 100/100 in the Guía Vivir el Vino 2017 and named the Best Red Wine in Spain. “It is pure elegance from the beginning to the end. A never-ending finish. A real masterpiece,” said Raul Serrano, wine tasting director for the guide.

That quality comes with a certain price tag and the three-litre double magnum of Viña Pedrosa Gran Reserva we’ve just brought in carries one of our highest yet, at $650. But we know it’s got someone’s name on it.