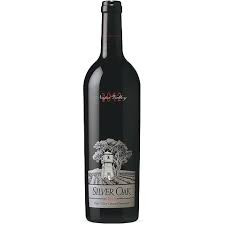 Our 2013 Napa Valley Cabernet Sauvignon is dark ruby in colour and entices with a nose of raspberry, cassis and loose pipe tobacco. This full-bodied wine has an assertively silky structure and is notably spicy on the palate. Flavours of sage and blackberry mark the wine’s entry. The firm acidity in the mid-palate is followed by a lingering finish. Given proper cellaring, this wine will provide drinking pleasure through 2038.

This wine is comprised of 79% Cabernet Sauvignon, 15% Merlot, 3% Cabernet Franc and 3% Petit Verdot. It was blended in early 2014 and aged for 24 months in 85% new American oak and 15% one-use American oak barrels from our Missouri cooperage, The Oak. Early blending assures a balanced core and allows all components to achieve a seamless harmony during barrel ageing. It was then aged for an additional 20 months in bottle before being released in February of 2018.

The Napa Valley saw just 20 inches of rain during the winter months leading up to the 2013 growing season; any meaningful precipitation ceased in December of 2012. The lack of rain and a relatively warm spring led to an early start to the growing season. Summer was remarkably mild. During critical ripening, air temperatures remained stable, creating a long, slow harvest. The seasonal trifecta of moderate temperatures, low soil moisture and little precipitation led to a vintage that will be remembered for its structured and concentrated wines. Harvest started on September 2nd and on October 4th the last of the Cabernet Sauvignon rolled into the winery.