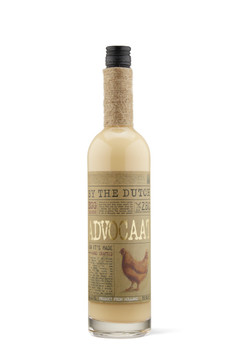 By the Dutch Advocaat 20%

Advocaat became popular in the USA and UK in the late 1940s and early 1950s, reaching its peak of popularity in the seventies.

THE DUTCH ROOTS OF ADVOCAAT

The origins of the ‘’Advocaat’’ are unclear. Some say its origin lies in Dutch travelers trying to imitate the creamy mixture of avocado pulp, cane sugar, and rum they had been offered in Brazil. Dutch texts from the 17th century describe a yellow-coloured drink popular with sailors in the Dutch Antilles (Dutch Caribbean Islands). The name for Advocaat is derived from the Dutch word for avocado. The Dutch settlers living in Suriname and Recife (Brazil) made the first version of the beverage using avocados. Since no avocados were available back in the Netherlands, a Dutch distiller substituted egg for the exotic fruit. Others suggest Advocaat is derived from the Dutch word for “lawyer.” The name of the liqueur is short for advocatenborrel, or "lawyer's drink," where “borrel” is Dutch for a small alcoholic beverage consumed during a social gathering. Named as a good lubricant for the throat, this drink is considered especially useful for a lawyer who must speak in public.

“By the Dutch” Advocaat is produced in the Dutch province of South Holland. The liqueur is a traditional recipe using local barn eggs, sugar, brandy, vanilla from Madagascar, rosemary from Morocco and water. Thanks to its higher alcohol content (20%) and thinner liquid, it’s suitable for cocktails.

Jos Zonneveld, Owner & Founder of ‘’By the Dutch’’, commented: ‘’It is by far the most ambitious product within the By the Dutch range. We are thrilled to see this iconic cocktail ingredient back in the speed rack.’