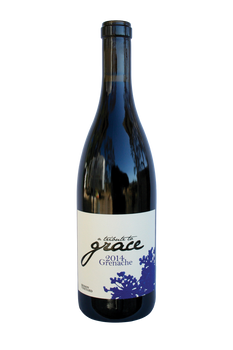 This is my second vintage from the historic Besson Vineyard, and the 104th for this historic parcel.

Planted in 1910, the vineyard sits just shy of the Santa Cruz Mountains appellation, on the ‘Hecker Pass’ linking Santa Cruz to Gilroy.  Owned and farmed by third generation farmer George Besson Jr, these amazing head-trained vines look remarkably like wizards. The vines are spaced 8’ x 6’ on a gravelly clay loam soil, and were dry-farmed until this drought. George Besson Jr. identifies the living zone of these huge trunks as down to just 1 1/2 inches in diameter, and their tiny, intensely coloured clusters are a wonder to behold. The vines are now spot-irrigated as needed, and continue to be organically farmed.

Harvested on September 21st, we received 2.8 tons (down slightly on the year prior, and harvested a full month earlier). 50% whole cluster fermentation - yeasts were native and fermentation lasted 16 days. Pressed to barrel, MLF occurred spontaneously over the winter of 2014. The wine was racked once under the first new moon of 2016.