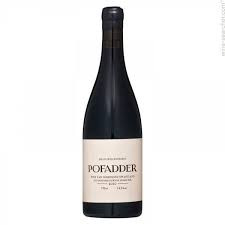 Vineyard: Western side of the Kasteelberg Mountain in the Swartland. Yield of 28 hl/ha

In the late 19th century, and much of the 20th, Cinsault (or Cinsaut) was the workhorse red variety that played an undeclared role in some great red blends. It was an obvious candidate for inclusion in the Old Vine Series, although it poses many quality problems in the vineyard as well as the cellar, including the difficulty of keeping yields down and attaining perfect ripeness, plus its very oxidative character.

There were five vineyards considered, but it became clear that the block on the Kasteelberg Mountain in the Swartland was far above the rest in quality (the snakelike form of the mountain gave the wine its name).  After picking, careful sorting is vital to get rid of both under-ripe and over-ripe berries. The whole clusters are then placed in an old wooden open-top fermenter, with one or two punch-downs by foot each day to slowly release juice for fermentation.

After a month on the skins the grapes are transferred by hand into a tiny basket press and pressed directly to an old wooden cask. The wine is bottled after a year or so, to retain the elegance of the fruit and avoid any premature oxidation.